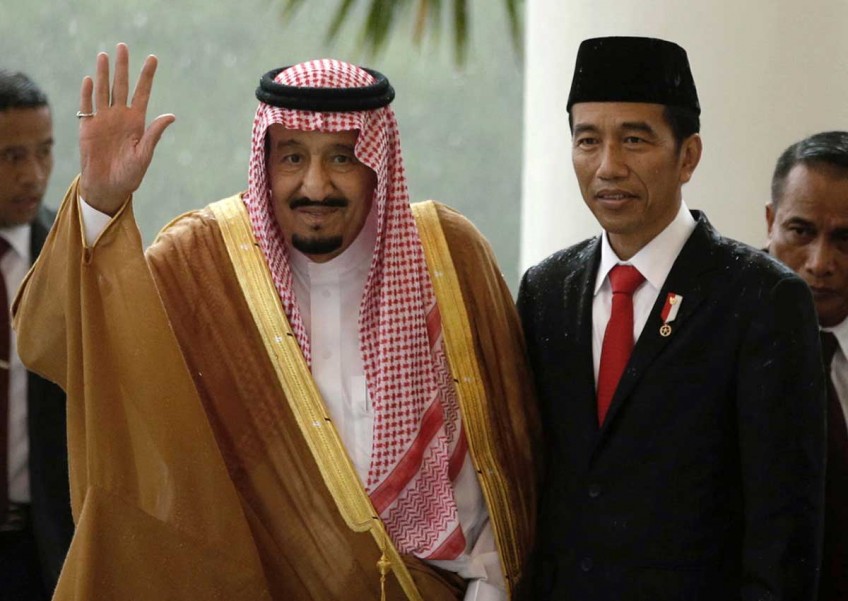 A tour of seven Asian countries by Saudi Arabia's King Salman signals a continued shift for the country's trade and foreign policy on the back of weak oil prices.

The entourage has made headlines around the world for its size and luxury, at least 25 princes, 10 ministers, 700 support staff and 500 tonnes of baggage are accompanying the king as he continues his journey through Asia.

But while the extravagance and opulence may dominate the headlines, the substance of the trip will more likely leave a lasting impact.

Saudi Arabia has long been known for its conservatism and reticence, preferring to conduct its foreign policy behind its Islamic missions and scholarships under the self-given banner as the leader of the Sunni-Muslim world.

The choice of countries visited by King Salman reflects both this former position, visiting close Muslim-majority allies such as Brunei, Indonesia and Malaysia, and a growing recognition of its need to diversify and expand - the later marked by visits to China and Japan.

The largest trip by a sitting Saudi King in over 50 years, the trip is a broad continuation of the Vision 2030 plan enacted to diversify the economy of the world's largest oil exporter.

It is an ambitious project, designed on the back of falling global oil prices, that will see the country invest in businesses around the world while expanding non-oil businesses and small and medium enterprises at home.

The trip also comes ahead of an IPO for state oil giant Saudi Aramco, which experts predict will be the largest of its kind ever - surpassing the $25 billion raised by Jack Ma's Ali Baba in 2014.

The trip may also be marked by growing unease towards Washington and the unpredictability of the Trump administration, one which at times during the election campaign singled out Saudi Arabia as a root cause for terrorism and religious extremism - a charge Riyadh denies.

President Joko Widodo of Indonesia and Prime Minister Najib Razak of Malaysia have both stated that counter-terrorism and combating extremism was one of the key points touched in meetings with the Saudi delegation.

King Salman's visit to China may be also be a sign that Riyadh recognises the new geo-political realities in Asia and its willingness to engage with the new dynamics.

Building relationships with Beijing will be a key part of the tour, one that is as economically important as it is politically. The easing of sanctions on Iran, a religious and political rival to the Saudis, means that China may no longer rely heavily on Saudi oil imports.