Save the seas with Luminox 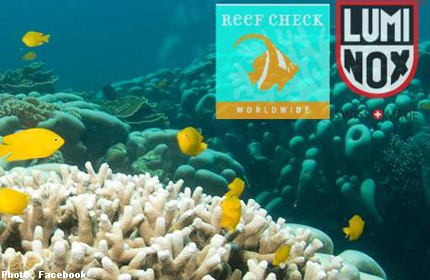 The Great White submersible will be specially shipped to Singapore by Luminox brand ambassador and ocean conservationist Scott Cassell. Thereafter, the submersible will move onto Tioman Island, Malaysia, where Mr Cassell will study the region's ocean eco-system, making him the first in Asia to utilise a manned submersible to do so.

The programme is designed to utilise manned submersibles to take members of the public to study the ocean environment at depths of up to 300m, and undertake a scientific observation of marine ecology. Mr Cassell utilises the submersible regularly for his undersea exploration projects in the United States. He is principal investigator of the Humboldt squid in the US marine science community and has been recognised as the first ocean explorer to capture video footage of a giant squid in its natural environment.

In preparation for the ocean conservation programme, Luminox has launched its second edition of the Luminox Scott Cassell Deep Dive Automatic special edition watch (Price: $2,795) Proceeds from the sale of the watch will be pledged to support Mr Cassell's non-profit ocean conservation work in protection of endangered marine species and public education of the importance of preserving ocean eco-systems.

Visit the roadshow and exhibit from Aug 29 to Sept 4 at Raffles City Shopping Centre. Mr Cassell will give a presentation on the first day of the roadshow at 11am.