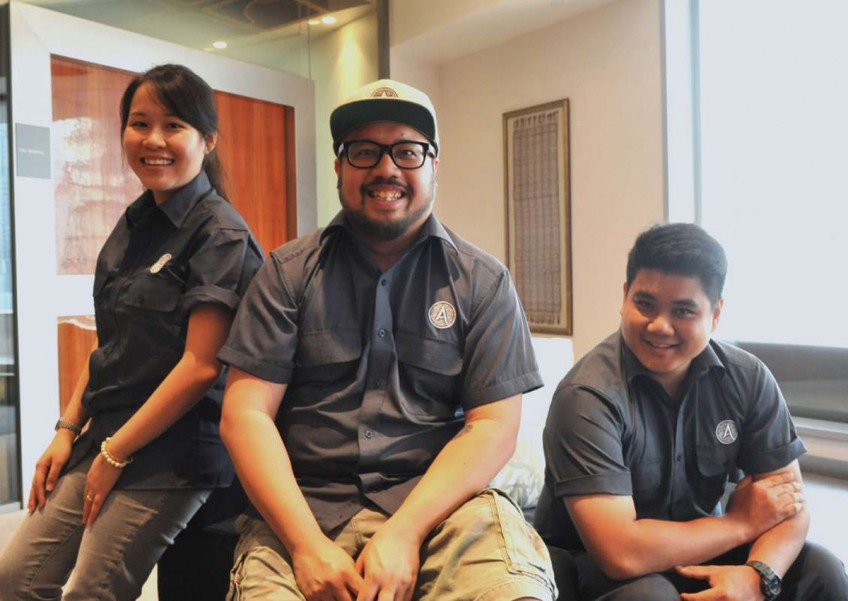 Foodies, there is more to relish this year as casual gourmet festival Savour has expanded to comprise three parts instead of being just one event.

The annual outdoor four-day food event, which started in 2012, has gained a following over the years for its format of bringing in Michelin-starred chefs to cook alongside home-grown chefs.

Its Jasons Gourmet Market has also been a hit for its wide variety of premium produce and its wine appreciation sessions and other workshops are also well-received.

Attendance grew for the first three years, with more than 18,000 for the 2014 edition. Last year's attendance dropped to about 15,600, as it coincided with the death of Singapore's first prime minister Lee Kuan Yew.

This year, part one of Savour - Savour Gourmet - runs from May 12 to 15. Part two is Savour Wines - from Sept 8 to 11 - with more than 70 wine principals participating.

Ten to 12 restaurants are part of the Gourmet Village for each part.

The last part is Savour Christmas from Nov 17 to 20, perfect for year-end festive shopping and feasting.

The food festival will move from the F1 Pit Building, where it was held last year, to its new home at Bayfront Avenue next to Marina Bay Sands Exhibition Centre.

And unlike in previous years, the event will not be ticketed. So entrance is free and dishes will be priced at either $6 or $12 each.

However, you can pre-book a Savour Experience Pack at $30 nett, which includes a molecular xiao long bao by three-Michelinstarred Bo Innovation from Hong Kong, a main course at any restaurant, an Iberico char siew platter and a goodie bag.

Bo Innovation's chef Alvin Leung and his protege Eric Chong, winner of the first MasterChef Canada, will be cooking at Savour Gourmet.

In the past, it cost up to $65 for the dinner slot at Savour, which included $30 credit in the form of Savour dollars.

The removal of an entrance charge is to encourage more diners to attend the event and take part in a new initiative for the participating chefs.

Called Live Your Dream, the competition allows the chef-owners of each restaurant to showcase young talent at their stalls at Savour. Diners vote on a slip with each dish they buy.

Come Savour Christmas, when guest chefs from overseas are invited to cook at the event, six finalists picked from the May and September editions of Savour will compete against them.

The public can vote for only the local chefs. The winning chef will receive $25,000 and a fully paid overseas internship in either the United States or Britain.

On the changes to Savour this year, Savour's executive director Darren Chen, 37, says: "It was a natural expansion and response to demand from people who missed the show when it was once a year.

"We also want to showcase homegrown talent and want the public to be part of it, which is why we dropped the cover charge."

And things are set to get even bigger next year when he adds a fourth segment - Savour Kids - to "cover all interest groups", he says.

Other food festivals organised according to a format similar to Savour include Epicurean Market by Marina Bay Sands, as well as Makansutra's World Street Food Congress that took place in Singapore in 2013 and last year.

This year, the hawker-centric event moves to Manila and runs from Wednesday to April 24.

They plan to serve "fat kid sweets" at their stall during Savour Gourmet, such as glazed bacon doughnuts, a savoury waffle sandwich and an ice-cream option.

For Gattopardo's chef Lino Sauro, his protege, chef de cuisine Kenneth Oh, 27, will be showcased in the Live Your Dream competition. The menu at Savour Gourmet is likely to have an octopus as well as a pasta dish.

Chef Sauro, 45, says: "It's good to have such opportunities for young chefs. Maybe chef Oh can create a dish of his own for the event."

Putting himself up for the competition is restaurant Labyrinth's chef Han Liguang, who will reprise his crowd-pleasing dishes such as his chilli crab ice cream at Savour.

Chef Han, 31, says: "I feel more can be done to promote local talent. And with the Michelin Guide coming to town soon, all these activities will push chefs to move towards a global platform."