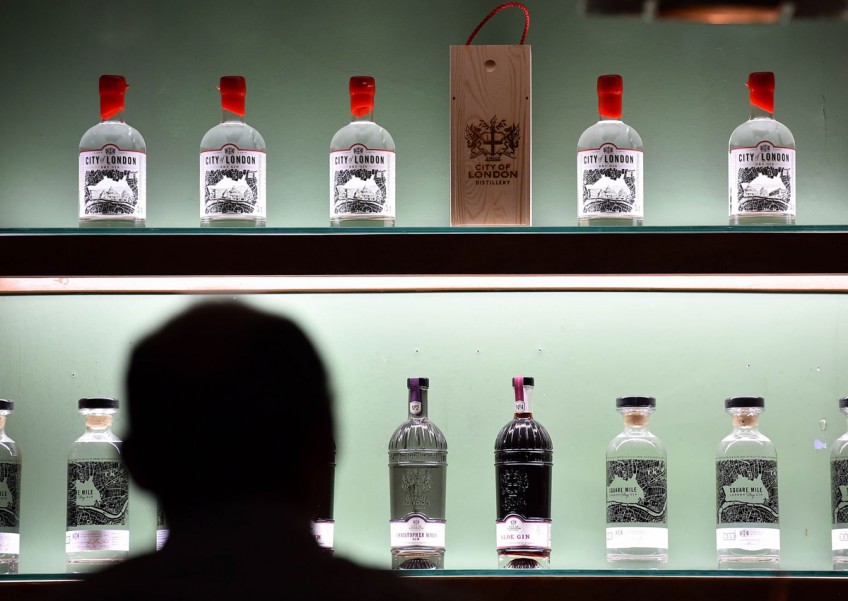 LONDON - Gin, the quintessentially British drink, is shaking off its fusty image to enjoy a revival led by the capital London, which has seen a boom in distilleries and dedicated bars.

"We cannot keep up with demand," said William Borrell, who since May has been making 12 bottles a day in a former public bathroom in North London, which has been converted into a bar called "Ladies and Gentlemen".

Sales of premium gin have risen 49 per cent over the past two years, according to consultants CGA, and industry observers point to a second "Gin Craze" after the drink's first boom in the 18th century.

Back then gin was promoted as a patriotic alternative to French brandy. By 1726 there were 1,500 stills in London, but the government was forced to backtrack when the production boom was blamed for causing a crisis of drunkenness and debauchery.

This time around, gin's popularity is more restrained and the industry is keen to shrug off the juniper-flavoured spirit's reputation as "mother's ruin".

Signs of a revival came in 2009, when brewers Sipsmiths inaugurated "Prudence", the first copper still to launch in London in almost 200 years.

A spate of distillers has followed, helped by the fact that gin is quick to make, unlike spirits such as whisky that can take years to mature.

Borrell runs a weekly "Gin Club" where customers can make their own gin in copper stills, adding their choice of herbs and fruits to the juniper berries that give the drink its predominant flavour.

The bar stocks about 25 kinds of gin in total, including two brewed by other small distilleries within walking distance.

One success story is the City of London Distillery, opened in the city centre in 2012 by distiller Jonathan Clark, who once worked as a dish-washer in the same building before working his way up.

Named Clarissa and Jennifer, the gleaming pear-shaped giants and a bottling and wax-sealing operation work away in view of the bar where customers sip gin cocktails.

Mark Butler, 50, who has 20 different gins at home, came for a class on gin-making to celebrate his birthday.

"I discovered it three years ago and I love it," said Butler, a commercial manager at a small football team. "I started looking at the traditions of the English gin and got interested." Jason Chewins, 45, described himself as a "gin convert" as he sipped a gin and tonic.

"I've just got into it in the last six months," Chewins said. "I like how it tastes refreshing."

The gin market, now worth 345 million pounds (S$741 million) in Britain and growing, has benefitted from a trend for "craft" products that has seen a boom in small breweries, according to analysts Nielsen.

The Wine and Spirit Trade Association has called for tax breaks to further encourage the industry, which has grown 18 per cent in value in the last two years and makes a fifth of the world's gin.

Olivia Williams, author of "Gin, Glorious Gin" about the history of the spirit from the "Gin Craze" to the Gin & Tonics that fuelled the British Empire, calls the current revival a "ginnaissance".

"The explosion of high quality British distilleries experimenting with flavours has spurred on all gin makers, new and well-established, to be bolder with their flavours," Williams said.