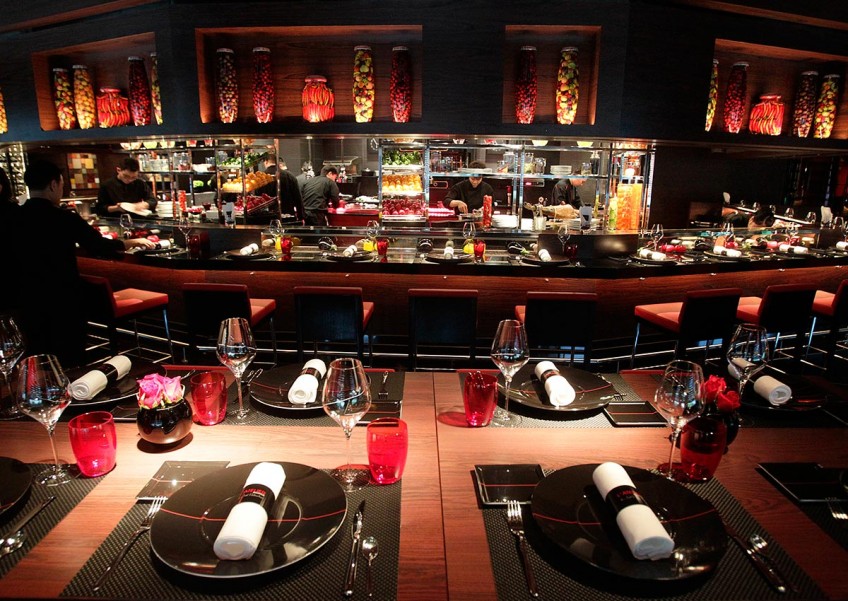 The next time you see the words "Michelin star" attached to an imported sushi or dim sum restaurant in Orchard Road, resist the temptation to scoff at such presumptousness. This time next year, those stars could be real, if a deal to bring the Michelin Guide to Singapore goes through as expected next week.

BT understands that negotiations are in their final stages and no details can be revealed as yet to avoid jeopardising what could cement Singapore's goal of being a bona fide international culinary destination. If all goes well, it will cap off years of rumours and failed discussions to bring the well-respected food guide here.

The Michelin Guide was first published by the French tyre giant over 100 years ago to boost car sales (and hence tyres) and gave rise to the iconic Michelin Man. It is also one of the most controversial - with one chef even tragically committing suicide after losing one star - and spawning sideline businesses of consultants coaching chefs to win stars. While previously limited to Europe and focused purely on fine dining - cue starched linens and cutlery to be laid at precise angles - Michelin has since had to move with the bad economic times in Europe, and the swing towards more informal dining, also known as the bistronomy movement. Now, it claims that its inspectors rate only the food, and not the service or ambience.

In the past few years, it made headlines by venturing outside of Europe and most notably to Japan, which has since outstripped France in the number of Michelin starred restaurants. It also went against type by awarding three stars to sushi restaurants such as Sushi Saito (which operated out of a carpark before moving to its current chi-chi digs) and Sukiyabashi Jiro (connected to a subway station), whose elderly sushi master was the star of the acclaimed Jiro Dreams of Sushi documentary. It also awarded one star to the dingy Tim Ho Wan dim sum eatery in Hong Kong, and just this week released a new category to recognise the city's street food vendors.

All of this bodes well for Singapore's entry into the guide, now that its hawker centres have earned global acclaim, even spawning a New York food market to be opened by TV personality Anthony Bourdain next year. Singapore has always wanted to be in the Michelin Guide, but it was always deemed to have too small a critical mass to justify a guide dedicated just to its limited pool of restaurants.

That has since changed, with the growth in population and the surge of new restaurants and a growing awareness of Singapore's dining scene.

Critical mass aside, the guide's revenue comes purely from book sales and whether it goes into a new market has always depended on whether it could sell - or get a government or city to underwrite - the requisite number of copies. As far back as five years ago, then-director Jean-Luc Naret told BT that the number of copies was roughly 300,000 copies a year for the first three years (to be distributed globally).

With the Asia's 50 Best Restaurants awards out of the way after being held in Singapore for the past three years (it moves to Bangkok next year), industry observers say that the Singapore Tourism Board (STB) is now free to focus on Michelin. However, Michelin's insistence on editorial independence means that its local partner will have to be from the private sector, although STB may help facilitate. Sources say that a Singapore-based publisher is expected to tie up with them.

Hong Kong's Michelin Guide and Asia's 50 Best are the push factors for Singapore's entry into Michelin, says Andrew Tjioe of the Tung Lok Group, who is also president of the Restaurant Association of Singapore. "It's good to have because look what it has done for Hong Kong."

Even so, the response from chefs and restaurants - no doubt inured to the proliferation of food guides and the questionable practices behind some of them - has been muted. "It will position us better on the culinary scene, like Hong Kong," says restaurant consultant Christophe Megel. "And it will generate more culinary tourists. But that said, people have so many sources of information now."

Even so, there's no denying the cachet of having Michelin stars, and what it can do for a restaurant's reputation and business.

Sebastien Lepinoy of Les Amis has worked for the Joel Robuchon group and steered his L'Atelier restaurants in Monaco (2007) and Hong Kong (2008) to two star status (three stars in 2010 for Hong Kong) before joining Les Amis' now-defunct Cepage restaurant (one star). "Michelin stars bring international recognition and at the moment, Singapore restaurants are not taken seriously on that front," says chef Lepinoy. "So if Michelin comes, the level of fine dining will be elevated."

Unlike the Asia's Best 50, Michelin will level the playing field, observes Tan Ken Loon of The Naked Finn. "There'll be more restaurants in the guide, with a wider range of pricing to cater to more demographic groups. It would motivate people to maintain and raise standards and employees would be proud to be working in a Michelin-starred restaurant. Tourism will boom, of course."

But they should lay off hawker food, is makan guru KF Seetoh's opinion about whether the Michelin Guide would rate street food the way the Hong Kong guide now does. "There are already so many guides available," says the founder of the Makansutra food guides.

"Even if they use local raters, you don't know what the international parent guidelines are - this would be so alien to them."

The Michelin Guide - which "never communicates on our potential developments in new cities" has been steadily adding new cities to its network, with Rio and Sao Paulo being the latest. It also launched a one-off guide to the Japanese Hyogo prefecture. There is talk that Korea is also on its list. Whether it comes into Singapore will be known by the end of the month, but the spotting of a group of Michelin executives in a restaurant in town could be a hint. But whatever the result, are chefs holding their breath? As one chef who has worked in Michelin starred restaurants abroad puts it: "I wouldn't change anything."

This article was first published on November 7, 2015.
Get The Business Times for more stories.