Sequel to the world's best whisky 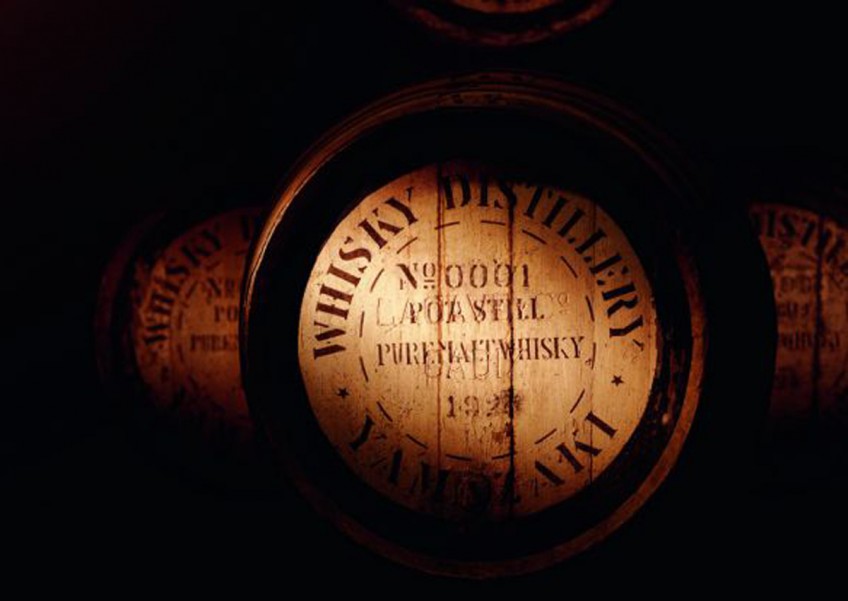 WHISKY aficionados will have noticed that it's startlingly difficult to buy a bottle of Japanese single malt these days. Duty-free shops at Changi Airport have run out of stock, but if you're lucky, you might find a handful of blends. And the few retail stores here that have them are charging an arm and a kidney for it.

This can all be traced to November 2014, when influential British whisky writer Jim Murray dubbed Suntory's Yamazaki Sherry Cask 2013 single malt "World Whisky of the Year" in the 2015 edition of his Whisky Bible. It was awarded 97.5 points out of 100 - a first for a Japanese whisky.

Yamazaki Sherry Cask 2013 stock everywhere evaporated - which was unsurprising since only 18,000 bottles were made. But every other Yamazaki whisky also got snapped up. And then any Japanese single malt became inexplicably associated with what Murray called the "near indescribable genius" of Sherry Cask 2013.

This year, this legendary whisky that single-handedly elevated Japanese single malts has gained a successor. Yamazaki Sherry Cask 2016 was released globally in February.

Suntory chief blender Shinji Fukuyo used the same lot of whiskies for Sherry Cask 2016 that produced the 2013 edition, except they had an additional two years to mature. Some of these whiskies are more than 25 years old and, as the whisky's name suggests, all of them have been aged only in Spanish oak casks that previously held Oloroso Sherry.

The result is dark brown liquid, a nose of raisins and dark chocolate, spices and restrained sweetness in the mouth, and an incredibly long finish that keeps evolving and refuses to fade.

Its exquisite taste makes this a must-try - that is, if you can get your hands on it. That's the tricky bit, because only 5,000 bottles are available internationally.

So, what we have here is a whisky with production roughly a quarter that of the Sherry Cask 2013, released into a market amid hype and pent-up demand.

That's why even though Quaich Bar at Waterfront Plaza has just managed to acquire two bottles of Yamazaki Sherry Cask 2016 (each costs S$2,800), it may have already been sold by the time you read this. Quaich Bar also has a bottle of Sherry Cask 2013, for the curious and deep-pocketed - priced at a cool S$4,000.

Don't blame Beam Suntory for the mark-up; the recommended US retail price was only US$300.

If you must try some, the Auld Alliance at Rendezvous Hotel is currently offering the 2011 and 2012 editions of the Yamazaki Sherry Cask by the glass, at S$50 (half) or S$100 (full). And when those are finished, there is a bottle of Sherry Cask 2016 waiting to be opened, which will likely be priced at S$65 for half a glass or S$130 for a full glass.

That lowers the entry price for enthusiasts, but will frustrate collectors and investors. Auld Alliance co-owner Emmanuel Dron steadfastly refuses to sell his Yamazaki Sherry Cask stock by the bottle despite repeated offers. He wants as many whisky lovers as possible to try it.

The good news is Suntory will continue to produce its classic range of whiskies that state a specific age: Yamazaki 12 Years Old, 18 Years Old, and 25 Years Old. They may be harder to find than they used to be, and dearer. But at least there will be a fresh supply.

"It would be really easy for us to simply release all the whisky stock we have, and then move to whiskies that no longer have any age statements, but we don't want to do that," said Suntory global brand ambassador Mike Miyamoto at a tasting here last week.

"The Yamazaki 12 Years Old is our signature product, which is one of the reasons we want to keep our current lineup."