Service sector decline is cause for concern 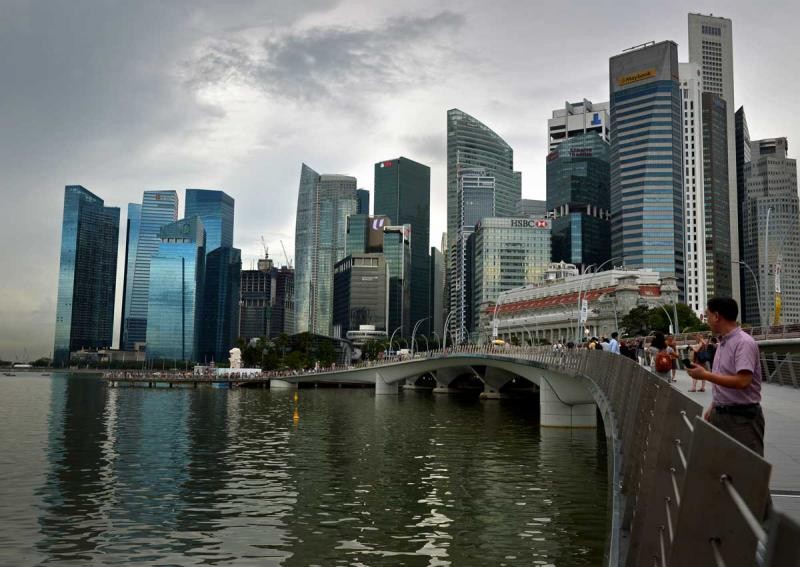 Last week's growth figures turned out pretty much according to script, except for an unexpected twist that could turn an apparent boring storyline into a horror show.

The economy grew by 1.8 per cent in the first three months of the year, in line with initial forecasts made by the Trade and Industry Ministry (MTI) earlier in April.

Trade contracted 9.7 per cent in the first quarter, while non-oil domestic exports, a key indicator of the health of Singapore's export sectors, sagged 9 per cent.

The weak numbers prompted trade agency IE Singapore to forecast that non-oil domestic exports will decline by between 3 per cent and 5 per cent this year.

Trade is expected to contract by between 6 per cent and 8 per cent this year. That trade will flounder is unsurprising. The entire global economy is facing uncertainty as it confronts a slowing China and grapples with the potentially catastrophic impact of Brexit.

Likewise, manufacturing continued to shrink, as it has been doing for the past few quarters, while construction also showed further signs of slowing.

If anything, the signs were clear: No recession, but the economy is stagnating in the face of very slow global growth.

This has been the main narrative for the past six months, and will likely dominate the next six.

What was unexpected was the poor performance of the service sector, which exhibited definite signs of weakness for the first time in several years.

OCBC economist Selena Ling said the decline in services was a worrying problem, given that it comprises two-thirds of the economy.

"Our full-year growth forecast remains at 1.8 per cent year on year. The China and regional drag on the service sector is a key contributor to downside risks to the Singapore economy, especially if the Fed pushes ahead with policy normalisation," she said.

The horror show from services was compounded by the fact that it was financial services that turned in an awful performance, sinking 15.2 per cent compared with the previous three months.

Financial services, for the most part, have been one of the key engines of growth and jobs.

In fact, DBS economist Irvin Seah noted that the sector accounted for 34 per cent of overall growth over the past three years.

"So when you have the most important engine in reverse gear, it spells downside risk to growth, going forward," he added.

"More importantly, the service sector accounts for about two-thirds of the economy. When the sector turns, the economy follows. This essentially makes for significant downside risk to growth in the coming quarters."

The MTI survey of business expectations bears out this rising pessimism. Over the next six months, service firms expect a worsening business outlook, falling employment and a decline in operating receipts.

What's at stake here is not just numbers but the heart of any economy: jobs. So far, the labour market has been tight even as layoffs start to creep up.

That is part of the reason why restaurants on weekends are still full and trips to popular overseas destinations during the school holidays are still overbooked.

But should services, which has been the main contributor to job growth over the past few years, start to seize up, the pain will start to filter down to the man on the street, with many facing the prospect of losing their jobs.

That would be a horror show indeed.

This article was first published on May 31, 2016.
Get a copy of The Straits Times or go to straitstimes.com for more stories.