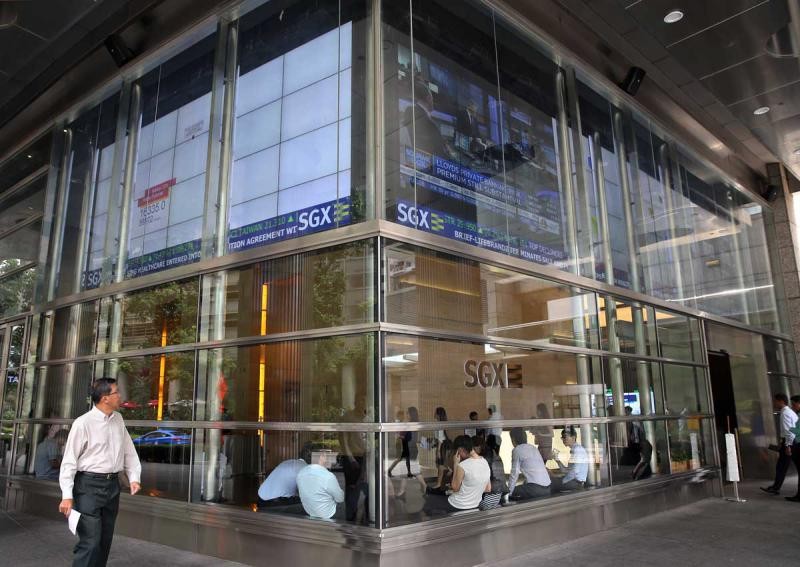 The Singapore Exchange (SGX) is not alone in suffering IT malfunctions.

Other bourses - among them established names such as the London Stock Exchange, New York Stock Exchange, Nasdaq OMX and Deutsche Borse - have also faced their fair share of IT woes in recent years. This is not surprising, considering how unwieldy their computer systems have become, as new technologies are added to get them to trade faster, while ring-fencing them from hacker attacks.

So, given the distressing regularity of such missteps, a bourse operator's first priority ought to be to have a contingency plan to pacify the hordes of angry traders whose nerves are frayed over lost profit opportunities, or worse, financial losses when a trading system crashes.

In the SGX case, one old hand said there is a standing policy that if the market is down due to a disruption, it should be re-opened towards the end of the trading day for at least 30 minutes to allow participants to close off their positions. That should, in theory, help to reduce their risks.

Indeed, this had been the case when a bolt of lightning, lasting barely 0.1 second, caused the SGX to shut down for three hours on Nov 5, 2014. To its credit, it was able to reopen for trading from 5.15pm, just after the official end of the trading day, for 30 minutes.

In that time span, almost $200 million worth of shares changed hands, showing just how much even a short period of trading can mean to traders with big outstanding positions.

But what happens when the trading glitch is so serious that the market fails to re-open at all?

Now, until two days ago, that would seem like a "black swan" event that, for all intents and purposes, was impossible in the SGX's vocabulary, given all the back-up armoury it has for restoring trading.

But Thursday's trading glitch was unusual. Brokers said the trades were properly executed but the problem arose with the confirmations. Instead of getting one confirmation message for each trade, they got multiple messages.

As a result, confusion reigned over the actual trades done, making it impossible for them to carry on. The huge deluge of duplicate messages also slowed down the trading system considerably.

Reconciling the missing and duplicate messages takes time, even though a mere 538.7 million shares worth $335.2 million had changed hands in the 2 ½ hours of trading that took place - a light volume by any measure, and SGX staff had to work overnight to perform the enormous task.

Will similar trading glitches occur in future, lasting just as long or even longer and causing the market to fail to re-open for trading? It is impossible to tell, given the immense technological challenges facing all stock exchanges.

For now, the financial fallout looks to be contained. One idiosyncrasy of the local bourse is that a trader can sell shares he does not own in the hope of making a profit, so long as he can cover back his position within the same trading day.

So when the market failed to reopen on Thursday, these traders were unable to square off their "short" positions.

Under current trading rules, they had to wait for the SGX to "buy-in" the shares on their behalf when the trades were finally settled three trading days later.

But CEO Loh Boon Chye said the SGX would waive the buying-in penalties for these short-sellers. They were also given one day's grace - yesterday - to cover back their "short" positions.

Is this the new normal? The SGX has to articulate a comprehensive plan on how to minimise the disruptions for traders in the event of future glitches now that a "black swan" event has been triggered.

Saying sorry and promising to minimise the downtime is not good enough.

It takes more than that to restore investors' confidence.

This article was first published on July 16, 2016.
Get a copy of The Straits Times or go to straitstimes.com for more stories.