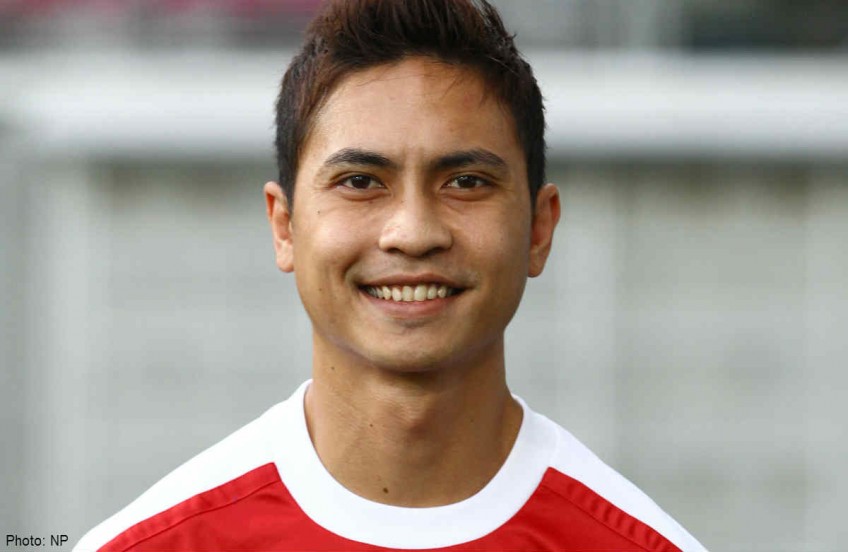 Two months ago, former LionsXII star Hariss Harun returned to Jalan Besar Stadium in Johor Darul Ta’zim’s colours, put in a typically tenacious shift in midfield, and helped his team to a win. It helped them on their way to the Malaysian Super League (MSL) title.

Shahril Ishak is hoping for the same good fortune when the Malaysia Cup kicks off next month, after his second-tier Malaysian Premier League (MPL) side Johor Darul Ta’zim II were thrown in Group A alongside MSL teams Lions-XII and Pahang, and MPL runners-up Felda United.

The national skipper, who captained the LionsXII in 2012 and 2013, joined JDT II before the start of this season after signing a two-year, double-your-money deal.

Currently in Austria with the national team, who are on a three-week training camp, Shahril wryly told The New Paper: “What luck, eh?

“But I’m really looking forward to returning to Jalan Besar, although it will be a strange experience leading a team out against a team made up of my friends.

“I’ve always loved the atmosphere at the stadium and the fact the fans are so close to the pitch, and I hope my return there will be a positive one.”

The 30-year-old attacking midfielder, however, is under no illusion that his side are heavy underdogs.

Said Shahril: “It’s a really tough group for us and all three of our opponents are very strong.

“The three other teams are clearly the favourites to finish in the top two in our group and make it to the knockout rounds.

“But nothing is impossible and me and my JDT II teammates will try our best to compete and pull off a surprise or two.”

The Elephants also lifted the Malaysian FA Cup last month, where they defeated the other team in the LionsXII’s group, Felda, in the final.

Felda’s march to the FA Cup final underscored their impressive MPL season where they managed to earn promotion to next season’s MSL, fired by Liberian striker Edward Wilson’s 19 league goals.

The LionsXII, MSL champions in 2013, endured a disappointing league campaign and finished eighth out of 12 teams. THREAT

Team manager Visakan Subramanian, who attended yesterday’s draw in Kuala Lumpur with captain Isa Halim and assistant coach Nazri Nasir, was wary of the threat posed by the other teams in the group.

He said: “The Malaysia Cup is a very prestigious tournament and teams always give their best, so we must make sure we are well-prepared for each game no matter who the opponents are.

“This is a chance for the boys to redeem themselves and salvage something from the season, and they are all looking forward to the opportunity.”