Shochu, a healthier alternative to beer 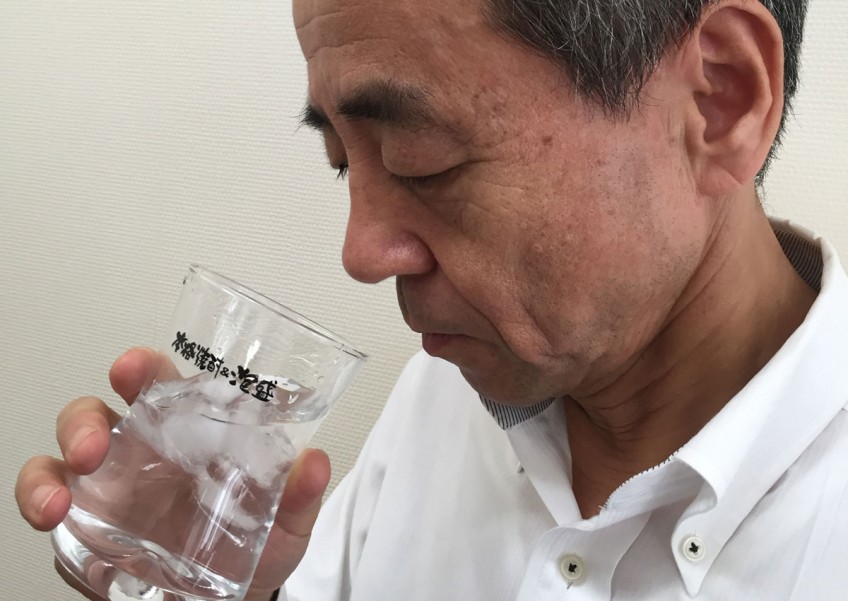 Sake may have been the hottest Japanese drink in Singapore this year, but its cousin, shochu, is fast gaining ground.

Traditionally viewed as cheap and old-fashioned, the image of the distilled spirit in Japan and worldwide is changing, as it is viewed as an alternative to beer and whisky. Shochu, produced mainly in Kyushu and Okinawa, is traditionally made with ingredients such as rice, barley, sweet potato or brown sugar.

While barley shochu is the all-time favourite, Mr Yukio Hamada, director of the Japan Sake and Shochu Makers Association, says for the first time, sweet potato shochu was the most consumed shochu last year.

He adds that over the years, shochu sales have been surpassing sake sales in Japan.

"Fruit such as tangerine and even persimmon are also being used in the making of shochu to create new flavours," says Mr Hamada, 66, who will be in Singapore for the Oishii Japan event from Thursday to Saturday.

Shochu will be the highlight of the Japan-centric food event, with 36 varieties of Honkaku shochu (single-distilled shochu) and Awamori (the Okinawan version of shochu, made with long-grain rice) available.

Trade visitors get free entry on Thursday and Friday (10am to 5.30pm daily), when they register online by tomorrow. Tickets cost $20 at the door.

Food and drink sampling is free at the exhibition space, but visitors have to buy coupons for food served at J Foodcourt, where Japanese eateries will be running food stalls.

Some of the shochu highlights include Shifuku no Tousui by Yamamoto Shuzo in Kagoshima, which is made with barley and barley koji; and Tekkan by Ogatama Shuzo in Kagoshima, a distillery established in 1894, which makes its shochu with sweet potato fermented in earthenware pots.

Mr Hamada hopes that visitors here will try out the variety of shochu available. He is optimistic about the potential growth for shochu in Singapore.

Shochu's biggest market for export is China, while the United States is No. 2.

On the recent surge in interest for shochu, Mr Hamada says: "More people are looking for healthier and lighter alternatives to beer and whisky. In the process, they discovered shochu, which has fewer calories and less sugar than other alcoholic beverages."

It is this belief - widely publicised by the media - that shochu is the "healthier option", which led to a "shochu boom" in 2006.

Since then, people outside of the shochu-producing regions have started drinking the spirit.

Besides shochu, the fourth edition of Oishii Japan will also feature fruit and vegetables from Aichi prefecture, Sanuki olive-fed wagyu from Kagawa, red snow crabs from the southern prefecture of Tottori and southern bluefin tuna sashimi from Kagoshima.

There will also be free tasting workshops and seminars by chefs Willin Low of Wild Rocket, Gwen Lim of Patisserie G and Keisuke Matsumoto of Lewin Terrace.

Oishii Japan 2015 is open to the public on Saturday (11am to 4.30pm) at Suntec Singapore Convention & Exhibition Centre Halls 405 and 406. For more information, go to www.oishii-world.com/en.