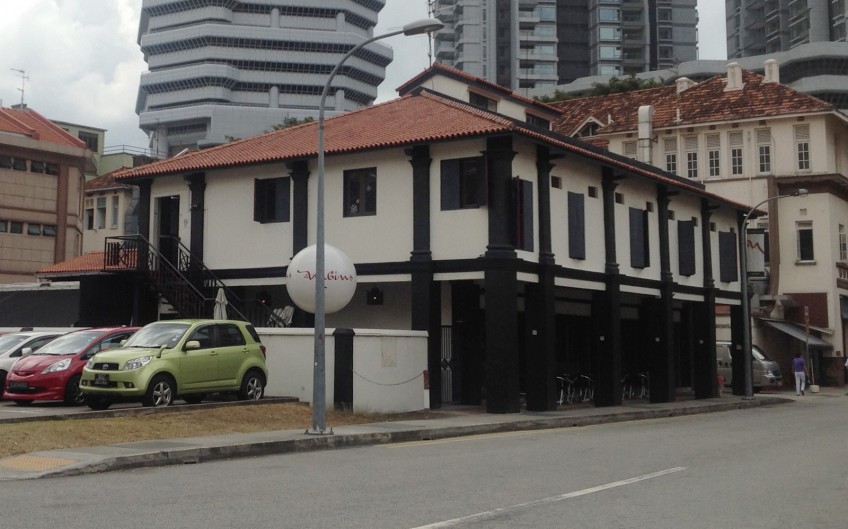 Shops and shophouses were ahead of residential properties in total sales value in auctions in the first quarter of this year, a report by Knight Frank released yesterday shows.

Some $5.5 million worth of shops and shophouses were sold in auctions in Q1, more than double the residential sector's $2.5 million.

This marked the first time since the second quarter of 2014 that the residential sector was not the top pick in the auction market despite it retaining the top position in terms of the number of listings, according to Knight Frank.

"The shift in buyers' preference from residential properties to shops and shophouses or industrial properties could be due to the tendency to avoid the additional buyers' stamp duty, which only applies to the residential sector," it noted.

The total number of properties put up for auction dipped 19.4 per cent quarter on quarter or 24.6 per cent from a year ago - to 141 units in the first quarter of this year.

This was the first time since Q4 2014 that the number of properties put up for auction fell under the 150-unit mark.

But shops and shophouses bucked the trend with a 145.5 per cent quarter-on-quarter increase in units put up for auction to 27 units.

"With auction having gained acceptance and popularity as a viable way to market properties, the total number of properties put up for auction in the first half of 2016 can be expected to cross the 300-unit mark," Knight Frank said.

Three Housing Board shophouses - in Everton Park, Silat Avenue and Lorong 1 Toa Payoh - were put up by owners for sale at Colliers International's auction yesterday for $2 million to $2.3 million each.

They are all tenanted to food and beverage outlets and offer a yield of around 4 per cent, it said.

Mortgagee sales reached a record proportion in the first quarter, with some 60 properties making up 42.6 per cent of the auction market, Knight Frank's compilation shows.

It was also the second quarter when mortgagee-sale listings hit the 60-unit mark.