Should Singaporeans get free income from the Government? 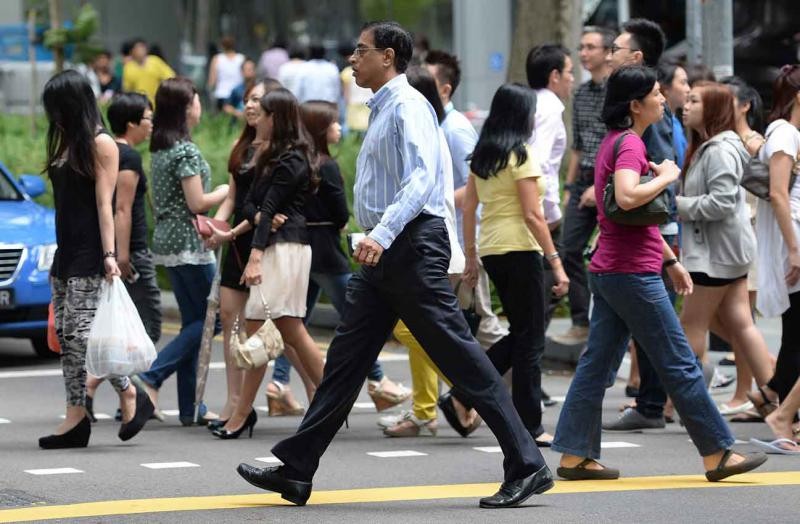 This article was originally on GET.com at: Should Singaporeans Get Free Income From The Government By Doing Nothing?

As you might have heard, free money by the government will not be a real thing in Switzerland as the Swiss have overwhelmingly spoken against it with 76.9 per cent of voters in agreement that this revolutionary, audacious proposal be abandoned.

For those who're clueless about this entire commotion, the Swiss came up with an initiative that gives its citizens 2500 francs (about S$3,480) every month for basically doing nothing. This is probably as close as you can get to making your dreams a reality.

What if Singapore were to initiate the same thing? Most importantly, are there any repercussions?

We have some reasons why Singapore should and shouldn't give free money to its citizens. Some of which you probably wouldn't like so much.

3 reasons why Singapore should give citizens free money

Seriously, who doesn't like free money? Hardly anything is free in Singapore (or anywhere for that matter), but getting free money is pretty much what every Singaporean wishes for. If the government were to give us free money, it would probably make us happier by tenfold and some of us would probably be able to live more comfortably with the extra cash in hand.

2. Some people won't need to work

Assuming that the Government gives us the same amount as the Swiss, that will be $3,480, which is more than what entry level jobs are paying. Then there are also labour jobs that pay even less. So of course if you weigh out your options, why would you want to go through the stress of work and earn peanuts when you can literally do nothing and receive a more than decent amount of money?

Plus, some of these low paying jobs don't require people to pay taxes, so they'll be getting the money in full and not have to think about taxes, it's a win-win.

3. People can pursue their passion

I know a lot of people that don't pursue their passion like painting or starting a business, simply because they can't afford to not have a stable form of income. While some of us can afford a career move, others are struggling to put food on the table.

Maybe with the free money from the government, people can finally be able to focus on doing what they want to do instead of putting their energy into an unfulfilling job for the sake of money.

Unfortunately though, the reality of the government giving away free money has its repercussions. And one of them, which was also highlighted by the Swiss government, is one that affects its citizens the most - a drastic increase in taxes.

Singapore is currently one of the countries with the lowest personal income tax rates in the world, but in order to give back to its citizens, the government will first need to take and that will be in the form of tax money that is from the citizens in the first place.

While it won't necessarily mean that Singapore will climb the charts in becoming a country with one of the highest personal income tax rates in the world, it will definitely not make its citizens happy. In turn, the money that the government gives away will probably have to be used to pay for the taxes anyway.

2. Productivity will go down

As mentioned in the reasons why Singapore should give away free money, some people will choose not to work. This will contribute to the productivity level in Singapore to go way down. It's bad enough that right now, there are signs that point to an economic gloom in Singapore and as a result, at least 13 jobs have taken a hit in their earnings.

But should there be a sudden decline of people in the workforce, this will create a chicken and egg situation where it's going to be harder to recruit workers because people either won't want to work or people won't have enough skills to work, but at the same time it will make it harder for people to get jobs. Plus this free money concept will encourage people to stay unemployed and not look for ways to better themselves.

3. Gross domestic product will go down

Because people no longer want to work, this decline in the workforce will cause our GDP to go down. What this means exactly is that the country's overall trade will slow down to the point that it might even lead to a fall in our currency value.

Already Singapore's non-oil domestic exports have plunged down to their lowest level in the last 3 years, if the productivity continues to go down, who knows what will happen next.

Overall, this free money business will cause more harm than good. Most of all, it is unsustainable in the long run. As much as the idea of free money is enticing, at the end of the day it still goes back to affecting us, the citizens. It seems that in order to support and make such a utopian idea work, might in turn cause more suffering than it should.

So I say, we cherish what we have now. Even if that means waking up every morning to a job and working hard, at least we can proudly say that we reap what we sow, most of the time anyway.

What do you think? Should the government give us free money? Let us know in the comments below, we'd love to hear your thoughts!