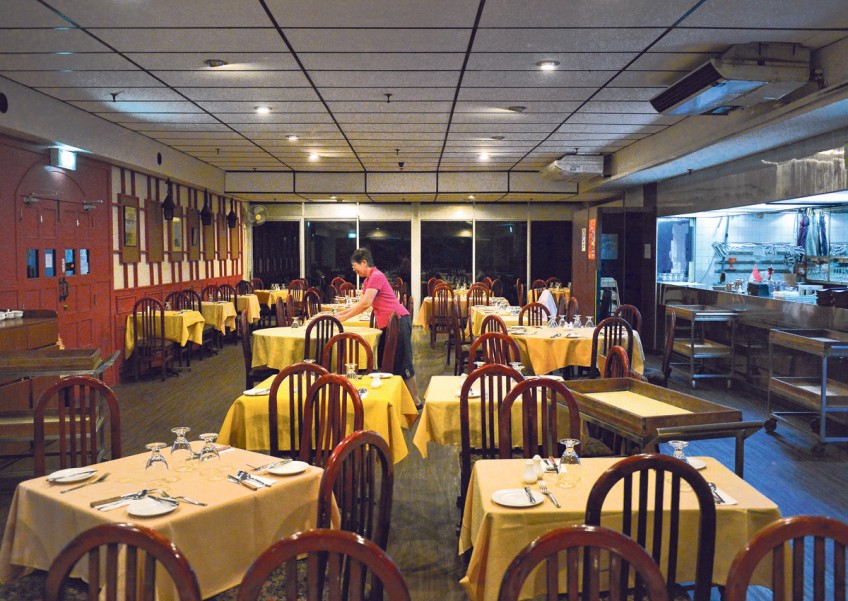 When you enter the restaurant, it seems like time inside has stood still. But the restaurant's character quickly seeps in, part of the eatery's magical charm.

The Shashlik restaurant, which serves Russian cuisine, started business on April 23, 1986. Tucked away on the sixth floor of Far East Shopping Centre, the restaurant took over the premises of a former discotheque and is frequented mainly by locals and regular customers.

It was started by nine former employees of the Troika restaurant, which closed in 1985.

After about a year and a half of unemployment, these ex-Troika staff gathered and decided to chip in their savings to set up Shashlik, named after the dish from the old Troika restaurant, and which means skewered meat in Russian.

It started with 22 employees, and as business improved, the number rose to 26. Today, there are only five full-time staff members and three to four part-time workers.

"Over the last three years, business has been slow and wages are going up. We also have manpower issues and recruiting of staff is difficult , especially since we work split shifts," said the restaurant's 64-year-old operations manager who wanted to be known only as Mr Tan B.T.

The existing employees are also getting older. The older staff have decided to call it a day when the lease on Shashlik's premises runs out at the end of the year, since business has been slowing down and they are facing stiff competition.

"They felt that they don't have energy to recover the business if anything drastic happens," said Mr Tan, who started working in Troika in 1968.

Although the average age of the staff is about 50, innovation has not daunted them as orders are taken on the iPad.

The iPad system was introduced about two years ago by Mr Tan, who was trying to think of ways to use innovation to save time and address manpower issues.

"I used the (Inland Revenue Authority of Singapore) grant to reimburse the purchases of the iPads using the Productivity and Innovation Credit.

"The advantage is that the service staff don't have to run in and out of the kitchen, taking and sending orders. As a result, there can be more staff serving customers and it also saves time updating changes in orders," he said.

However, there was initial resistance to using the iPad.

"When I introduced the iPad, the staff were saying that it was so difficult to use. But now they can't make do without the iPad," Mr Tan said with a chuckle.

As for the future of Shashlik, he said: "Pending the closure, there are interested parties that want to take over the restaurant, and at this point in time, negotiations are ongoing."

"We have been serving people for so many years, it's about time we were served by others," said Ms Wee Mui Quee, 56, a waitress at Shashlik, half in jest.