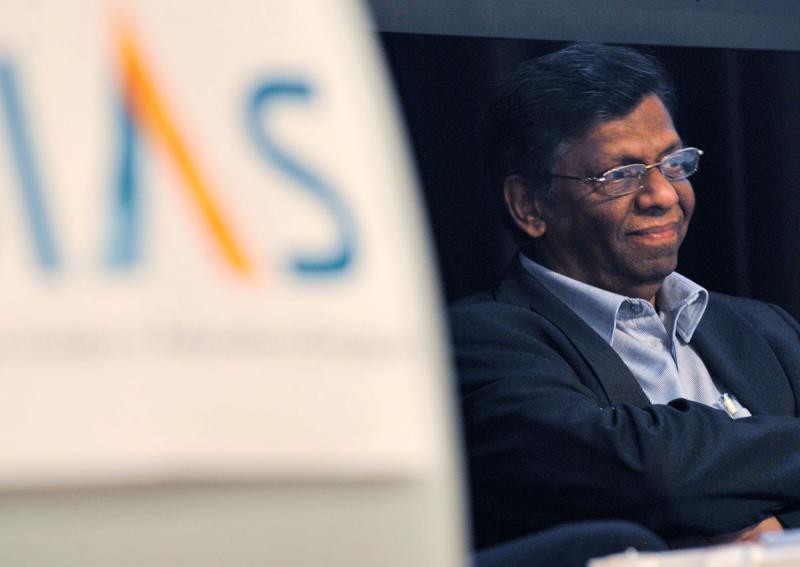 INVESTOR lobby group Securities Investors Association (Singapore), or SIAS, will not hesitate to take errant companies to court on behalf of their minority shareholders if the situation warrants it.

SIAS president and chief executive David Gerald told The Business Times: "We will take legal action if the company doesn't want to come to the table, refuses to see reason and continues to do wrong."

He added that SIAS is willing - and able - to defend itself against legal action taken against it by companies or boards; it has lawyers from big-name firms here advising it on a pro bono basis.

"Companies should not take us and the minorities for granted," he said.

This is the first time Mr Gerald has unveiled SIAS's deadlier weapon in its arsenal, after having built a reputation for his kinder, gentler mediation efforts between listed companies and their minority shareholders.

His comments come in the wake of recent market and corporate governance lapses involving listed companies such as OSIM International and SingPost.

On April 12, Mr Gerald called on takeover regulator Securities Industry Council (SIC) to further examine OSIM founder Ron Sim's unintentional purchases of shares above his revised and final offer price two weeks before, to examine whether a false market had been created and whether shareholders had incurred losses. Mr Sim promptly agreed to compensate the shareholders who had suffered losses as a result of this.

Mr Gerald has also been vocal about the recent controversy surrounding SingPost. BT reported last month that the company had sent a lawyer's letter in February to Mr Gerald over an anonymous letter that was sent to the association last year, seeking confirmation from SIAS that the letter had not been distributed to any other party.

Mr Gerald has refused to comment on this, but it is believed that the letter was penned by SingPost staff and touched on the company's acquisitions, some of which are the subject of a special audit now being conducted by PwC and Drew & Napier.

When asked whether his comments on legal action pertained to either OSIM or SingPost, Mr Gerald insisted that he was not referring to any particular company or individual.

Rather, the SIAS chief said he felt it was important to let SIAS members and retail investors know that they have the option of joining the association in a representative action - similar in vein to class-action suits filed in other jurisdictions - as not many investors are aware that such actions can be pursued here.

"Investors must know they are protected," he said. "And I have been advised by our lawyers that SIAS can represent aggrieved shareholders. We can even set up a litigation fund, which minorities contribute to, even if they may not be involved in the legal action, to support the principle."

SIAS, registered as a charity under Singapore's Charities Act, cannot contribute to this fund itself.

A lawyer who advises SIAS on a pro bono basis and asked to remain unnamed for client-confidentiality reasons, explained how a representative action would work in this case: "SIAS may be involved in representative actions in a number of ways. For example, SIAS may itself become a shareholder of the company in question, giving it the right to sue. Another way would be for SIAS to organise members who are already shareholders."

He added: "There are some procedural hurdles to be crossed, so the first shareholder representative action will be closely watched."

There are precedents for other forms of representative actions here, the most well-known being the case involving some 5,000 Raffles Town Club members, who banded together to demand a refund of their S$28,000 fee, after finding out that the "exclusive" club they had joined had a whopping 19,000 members.

Mr Gerald took pains to stress, however, that while a representative action is an option for minorities, it should be their last one.

"I sincerely hope we do not see the day when we launch a class-action suit against a company. I believe in resolving things in the boardroom, not the courtroom, in the interest of all parties."

Legal cases take up a lot of time and money, for both investors and companies, he acknowledged. He should know from his three-decade-long legal career before he set up SIAS.

"This is time which the company should be using to manage its business, in the interests of its stakeholders. Since the inception of SIAS (in 1999), we have adopted a conciliatory approach as our first stance, to avoid unnecessary adverse publicity for the board and the company, because it has serious consequences for share value.

"When shareholders read negative reports on companies, they tend to dump the shares. Even highly sophisticated, savvy investors, like high-net-worth investors and institutional investors, get nervous."

Mr Gerald believes in meeting the various parties involved to work out the issues together. It is a lesson he learned in the 1970s, when he was the first legal adviser to Singapore's Labour Ministry. "There, I saw the wisdom of the government in promoting tripartism between employees, the unions and the ministry, to maintain industrial-relations harmony."

And so, in many of the cases SIAS has handled - NatSteel, China Aviation Oil, Isetan and between Olam International and Muddy Waters, to name a few - Mr Gerald has asked the company, its shareholders and regulators to sit down with him to work out a solution.

"That sort of tripartism should be the way in which Singapore capital markets operate. Because when you have acrimony in the capital markets, people will think twice about investing in our country.

"What is foremost in my mind is that the interests of Singapore must come first, before the rights of shareholders and the rights of directors."

He added: "My phone line is always available for any corporate leader to call. And if I have done anything wrong, please tell me and we can correct it.

"Court should not be the first forum, and please don't go to lawyers first. Where the company is reluctant to engage SIAS, it will find SIAS pursuing it tenaciously to do the right thing for its shareholders until it succeeds."

He added that SIAS is well-advised, legally: "We do not write or say things to the press without advice. We are careful in what we say and do.

"I don't play the legs, I play the ball. So, the referee never blows the whistle on me," he said, using a football analogy to indicate that he goes for the issues, not the people.

"But if any company or any board wants to send us a legal letter or wants to challenge us, be advised that we are prepared to take it to the hilt and defend our rights."

As for SingPost, Mr Gerald would only say: "My hope is that all issues will be amicably resolved in the boardroom. And I know that, going forward, that will be the case."

This article was first published on April 19, 2016.
Get The Business Times for more stories.