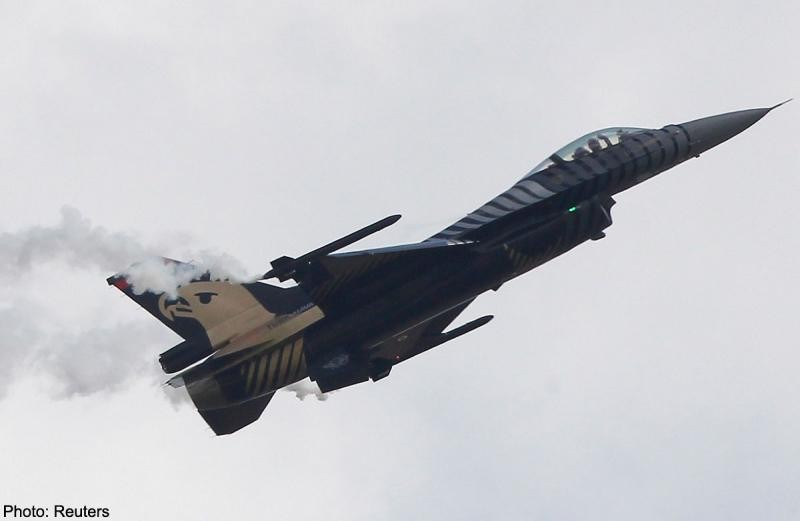 Lockheed Martin Corp reported a 15.7 per cent rise in quarterly sales and raised its forecast for the year, helped by the acquisition of helicopter maker Sikorsky Aircraft and higher sales of its F-35 fighter jets.

The US$9 billion (S$12.16 billion) acquisition of Sikorsky Aircraft from United Technologies Corp in November boosted sales in its mission systems and training (MST) business, which is also its second largest division.

Revenue from its aeronautics business increased 21 per cent, led by higher F-35 fighter jet sales. The business is Lockheed's biggest, accounting for 34 per cent of its total revenue.

The F-35 Joint Strike Fighter is the Pentagon's largest weapons programme and it is expected to spend US$391 billion to buy 2,443 of the supersonic, stealthy new warplanes.

The company's net sales rose to US$11.70 billion in the first quarter ended March 27 from US$10.11 billion a year earlier.

Analysts had expected first-quarter profit of US$2.59 per share on revenue US$11.34 billion, according to Thomson Reuters I/B/E/S.