Singapore braces for a Brexit pounding 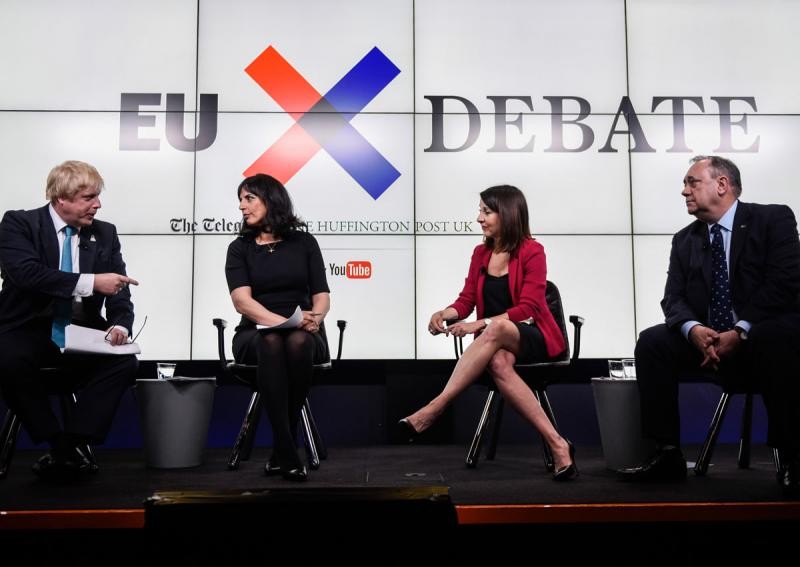 A pounding - that's what's in store for financial and currency markets in the near term, should a Brexit vote materialise. But for the long run, the implications of Britain leaving the European Union (EU) - and its impact on Singapore - are far less clear, and add to risks already facing the economy.

On the one hand, if London's attractiveness as a financial centre and springboard to Europe is undermined, Singapore's open economy will undoubtedly feel the pinch. General uncertainty in the world's largest trading bloc won't help either.

On the flip side, though, some think London's loss could potentially be Singapore's gain - albeit in a roundabout, indirect way.

Amid all the unknowns, however, analysts can agree on one thing: the aftermath of a "leave" vote will not be pretty. Aside from sparking turmoil in global financial markets, a Brexit vote is expected to hurt the pound sharply - and drag the euro down as well.

But beyond the immediate "bloodbath", as one economist put it, the broader impact of Brexit on Singapore and the world is harder to ascertain.

For one, under EU rules, any exit from the economic bloc will take at least two years to negotiate. In reality, this could stretch for much longer, with discussions unlikely to be favourable towards the UK; after all, the rules specify that the EU will agree on new terms without any input from the country extricating itself.

Noted Bank of Singapore economist Richard Jerram: "A lot of these things are indeterminate because if they do exit, we don't know the terms under which that exit would take place. You can imagine there's not a great incentive for the rest of Europe to be particularly accommodative in this case."

To make matters worse, it will also be difficult for the UK to secure new trade agreements with other countries while these EU negotiations are ongoing, noted Indosuez Wealth Management economist Marie Owens Thomsen.

She said: "In addition to the detrimental effects of prolonged uncertainty and the opportunity cost of spending time and money on these negotiations instead of more pro-growth policies, one can expect the UK financial industry, car manufacturers and farmers to be particularly hurt by an exit - at least until a new framework emerges for the UK, in 2019 at best."

While a pro-Brexit referendum result is not legally binding - the UK Parliament still has to pass laws and ratify the withdrawal agreement - observers say it would be "political suicide" to go against voters' wishes.

In fact, the UK government has said in a document explaining the Brexit process: "The result of the referendum on the UK's membership of the EU will be final. The government would have a democratic duty to give effect to the electorate's decision."

Although some believe a Brexit is unlikely to exert a large impact on Singapore - whether in trade or investment terms, or on local firms with UK assets - others are not so sure. With so many details up in the air (and for such an extended length of time) economists BT spoke to warned that ripple effects will surely occur.

Said Mr Song: "Any disruption to trade, finance, people and capital will impact global growth. The UK is the fifth-largest economy in the world (and) Singapore is Britain's largest trade partner within ASEAN ... Any disruption to their trade and economic activities will have an impact on us. It means that for a couple of years or so, we'll have yet another obstacle to growth."

Indeed, it's the knock-on and indirect effects of a Brexit that economists are concerned about - more so because these will take years to play out, adding to uncertainty.

Mizuho's Vishnu Varathan said that for a start, if London's status as a financial centre is undermined, investments from the UK into Singapore would slow. "The euro zone, reeling from the impact, could scale back too," he added.

And if London's attractiveness as a springboard to Europe comes into question too, some predict businesses might move to Frankfurt or Paris as the two cities vie for prominence.

But investments may not necessarily be re-allocated to another European city. They could be redeployed somewhere else altogether - and that, economists say, is where potential benefits may accrue to Singapore.

Said Mr Varathan: "Retailers, reits and property developers could start relocating, and Singapore is one place they may go to in the meantime until another European financial centre gains prominence. I think a Brexit will cause people to think harder about whether they want to go into, say, Tokyo or New York instead (of Europe)."

While Mr Song called this "the most extreme case", he agreed that businesses will have to seriously re-evaluate their plans: "Nobody likes uncertainty, so they will play it safe and say: 'Okay, we hold back whatever we wanted to do in London. Maybe we go to another European city, or maybe we go elsewhere."

This applies to individual real estate investors, too. Some economists think that post-Brexit, London property prices will down-shift with time - a cause for either worry or celebration, depending on whether one is already invested or a would-be buyer.

Still, it's entirely possible that all this surmising will come to nought, should the "Bremain" camp prevail on June 23. While polls have shown British voters to be evenly split over the decision - the poll by Financial Times shows 45 per cent in favour of staying and 47 per cent in favour of leaving - Mr Jerram said he puts more faith in betting markets:

"If you look at opinion polls, it looks very close. But if you look at betting markets - which you're not allowed to do here in Singapore because the government has blocked them - there's a much stronger group in favour of predicting that they will stay in."

He noted that prediction markets are assigning a 74 per cent probability in favour of staying in the EU.

He added: "Historically, betting markets have been more reliable, because it's an expression of interest by people who have a stake in the outcome, versus polls where people can just say 'yes' or 'no' in a very superficial sense."

This article was first published on June 15, 2016.
Get The Business Times for more stories.