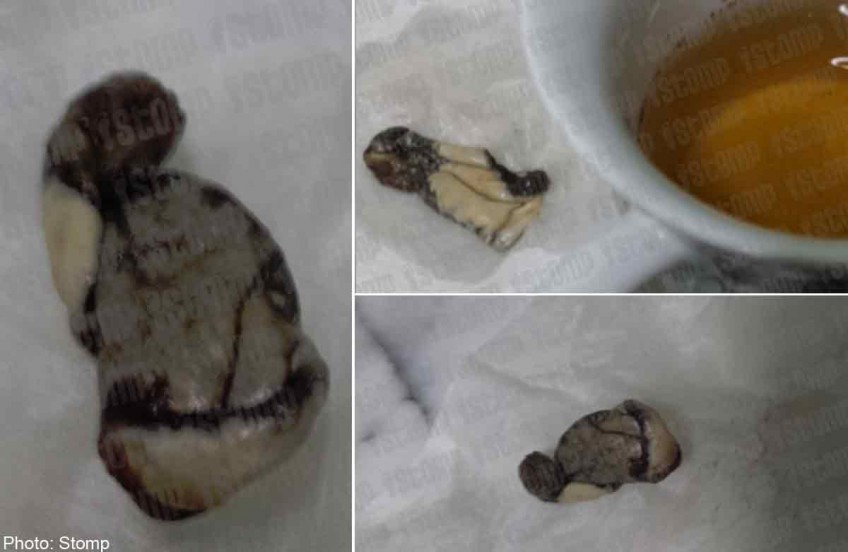 SINGAPORE - A consumer was shocked was she found a black and white object in a packet of apple juice.

She wrote in to citizen journalism website Stomp and sent in pictures of the object.

According to the Stomp contributor, she found the object as she was emptying the contents of the juice into a cup.

She added that she was unclear on what the object might be and mentioned that there were also black sediments in the juice.

She said: "I was shocked and grossed out as such drinks are bought from the local supermarket and each have been sealed for hygiene purposes."

Some Stomp readers speculated that it might be a wad of chewing gum or even a talisman. What do you think?