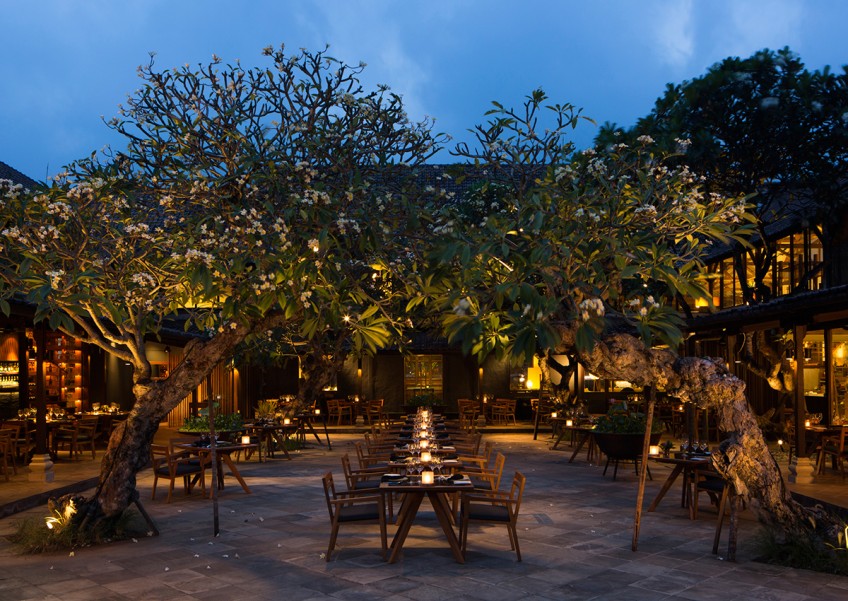 Singapore and Bali are having a restaurant version of a cross-cultural exchange.

Balinese brands which have opened in Singapore include Potato Head Folk in Keong Saik Road; Bebek Tepi Sawah at Chijmes, known for its signature crispy duck; and Texas-style barbecue restaurant Decker Barbecue in Robertson Quay. The famous Naughty Nuri's, known for its ribs, will also open at Capitol Piazza this month.

Savvy restaurateurs in Singapore are also taking their brands to the Indonesian island.

Spanish eatery My Little Spanish Place in Bukit Timah and Boat Quay will open by the end of next month in Jalan Laksmana in Seminyak, which is known as Eat Street for its international food offerings.

Mr Marsk Ong, director of My Little Spanish Place, says: "Bali is a tourist paradise and the restaurant scene has become very cosmo- politan. Other than local food, there are many gourmet and chef-centric restaurants that have opened in recent years."

Restaurateur Beppe de Vito, 43, who runs ilLido in Sentosa, Aura at the National Gallery and Osteria Art in Market Street, among other restaurants, says he jumped at the opportunity to open ilLido in Bali with partners, who are the owners of popular fine-dining restaurant Kafe Warisan. ilLido in Jalan Raya Kerobokan in Seminyak occupies the space vacated by Kafe Warisan. It opened in April last year.

To fit in with the laidback island lifestyle in Bali, appetisers and main courses are served for sharing, instead of being individually plated.

Popular dishes so far include grilled octopus with nduja, which is a spreadable, spicy Calabrian sausage; ricotta cheese tortelli with amatriciana sauce; linguine with crab and mascarpone; and duck leg confit with smoked duck breast.

He says: "The biggest challenge is always with blending into the working culture. We needed to learn the workings behind the scene in a brand new environment and get the right sources for the products. Prior to launching ilLido Bali, we had to make multiple field trips to observe and study the landscape."

He is looking to open ilLido in Jakarta, as well as new restaurants in Bali. He says: "It's too early to expand further, but the next concept we open in Bali would be a chic and buzzy eatery and bar offering restaurant-quality food."

Kilo, which has restaurants in Kampong Bugis and Orchard Central, opened a branch in Bali in September 2014 in Jalan Drupadi, also in Seminyak, like the other two restaurants.

One of the partners, Mr Joshua Adjodha, 33, says the restaurant has "just started to get its footing" in Bali. He says the owners were approached by a customer of Kilo who owns a villa resort in Seminyak called Uma Sapna and believed that Kilo would do well in Bali.

Kilo Bali is located next to Uma Sapna and serves breakfast to the villa's guests.

He says: "Business in the beginning was a challenge and a huge learning curve for us. We faced many hurdles when it came to suppliers and there were language barriers. Business is completely different from Singapore, where we have our regulars.

"Bali is a revolving door of tourists visiting the island for a limited time, with many great restaurants to choose from. So in the beginning, people had no idea about us. We'd be lying if we say we didn't face some tough months."

He adds that in Singapore, diners reserve tables in advance, which allows the staff to be well-prepared.

"In Bali, on the other hand, we can start the night with two reservations and end up with a restaurant full of people who walk in, so it catches you by surprise at times."

The menu at Kilo Bali is similar to the menus here, with tweaks in the ingredients depending on the availability. For example, kailan is used instead of broccolini for the grilled broccolini and stracciatella dish in Bali.

This year, the restaurant group is looking to open a front deck area with an outdoor charcoal grill, and to open for lunch and brunch in the second quarter of the year.

Mr Adjodha says: "We'd like to focus on strengthening what we currently have. We need to continue to stay consistent with what we do and improve our visibility to people coming in to the island.

"We strive to maintain the same standards of hospitality that we have here in Singapore. It's all about personalised service and creating the sense that you've stepped into someone's home, not a restaurant."

This article was first published on January 3, 2016.
Get a copy of The Straits Times or go to straitstimes.com for more stories.