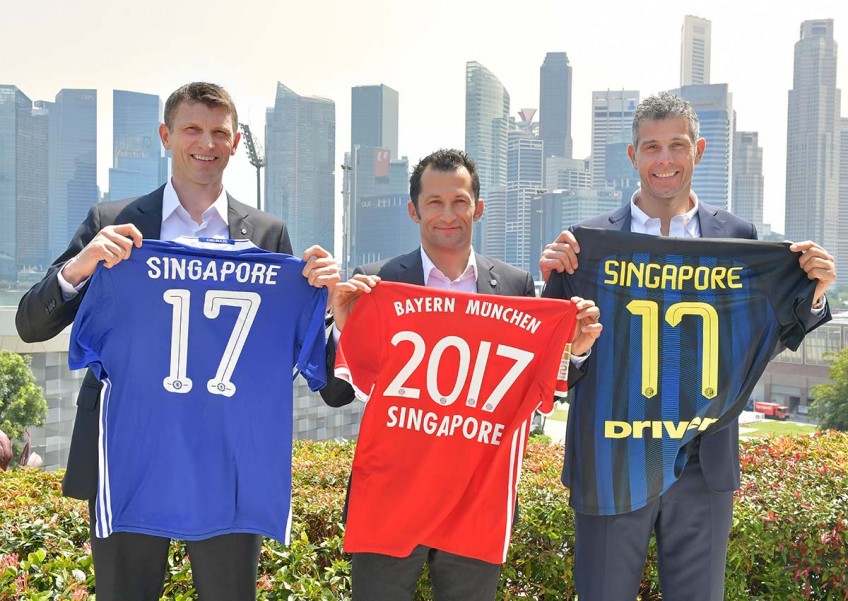 German heavyweights Bayern Munich will kick off against current English Premier League leaders Chelsea in the first match of the pre-season friendly event on July 25, they said in a statement.

Bayern will then face off against Italy's Inter Milan on July 27, before the tournament closes with a match between Chelsea and Inter on July 29.

Other clubs signed up to the ICC, which is held in different regions, include Spanish giants Barcelona and Real Madrid. The two will play each other in a one-off pre-season "El Clasico" in Miami in July.

Singapore's tourism board signed the contract to stage the tournament with ICC organisers Relevent Sports and Catalyst Media Group, to become the exclusive host country in Southeast Asia.

China is the only other host nation in Asia.

"We wanted to stage an ICC event in the ASEAN region," said Patrick Murphy, chairman and president of Catalyst Media Group, referring to the 10-member Association of Southeast Asian Nations.

"I think Singapore is an ideal place for this because it's got an incredible infrastructure to bring tourism and fans around the region, so we are going to be expecting a lot of visitors," he said at a news conference.