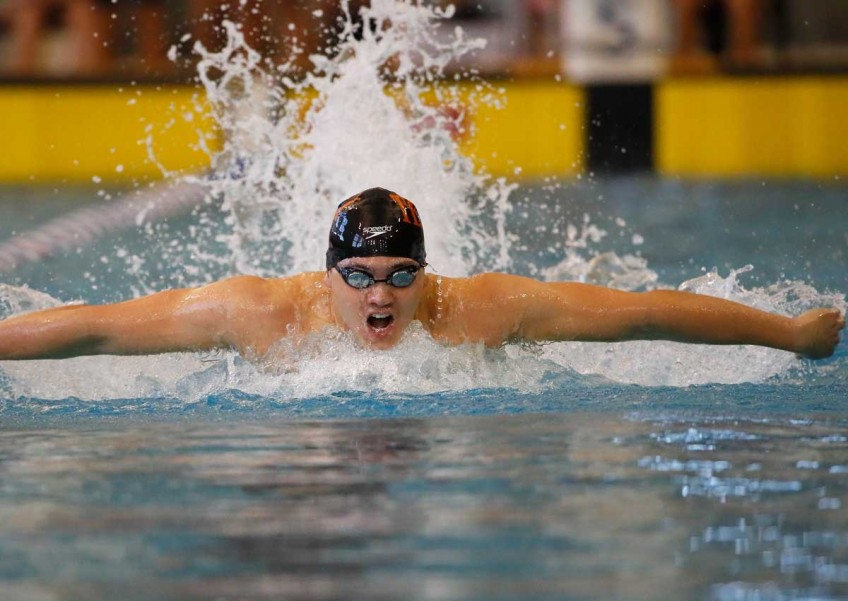 Joseph Schooling competes in the Men's 200 LC Meter Butterfly Finals during day two of the Atlanta Classic Swim Meet at Georgia Tech Aquatic Center on May 14, 2016 in Atlanta, Georgia.
AFP

In an Olympic Games about firsts, they are also striving to make a breakthrough, in the pool, with a gun, on saltwater, with a bat.

While talk of the host nation in recent months has been about a maddening, dangerous mosquito, the impeachment of a president and security fears, they have been working hard, sweating, focusing on strategy, studying possible opponents, honing technique, eating right and sleeping right.

In 20 days' time, the first Olympics on South American soil will open in Rio after probably the most troubled build-up to a Games in recent memory.

Local organisers promise Rio will pull off a grand show, Team Singapore will be ready, maybe to mark an Olympic triumph yet unseen in our sporting history.

Joseph Schooling can win a medal. The table tennis women can continue a proud tradition and return home with a medal, while captain Feng Tianwei's recent form suggests another podium presence in singles is a possibility.

Sailor Colin Cheng talks of a medal surprise, shooter Jasmine Ser now has experience to go with her world-class talent.

I know quite a few here loathe the business of medal predictions, but it is what excites a nation, and it is what Schooling is chasing, after all.

The swimmer has consistently talked about it - gold is his ultimate goal, it is why he gets up every morning to train, it is the reason he constantly studies his movements on the computer and talks to his coach about improving technique and works out at the gym.

He believes he can win a medal and unashamedly says so.

Team Singapore officials afford our athletes a protective shield to ease the pressure on them and it is suffocating, as media interviews are restricted and talk of medal targets is avoided at all costs.

As if it will help ease the burden on Feng and Olympic rookies Yu Mengyu and Zhou Yihan, who will fight to make it a hat-trick of medal wins for the women's table tennis team at this year's Games.

Twenty-five athletes from Singapore will be in Rio contesting in seven sports and, at this year's Games, there is a chance our best sportsmen and women can win metal in table tennis and swimming, and maybe sailing and shooting.

This is the first time Team Singapore head off for an Olympics with such a possibility and it suggests the pursuit of sporting excellence in the country has become a real ambition among the various stakeholders.

The Zika virus, political upheaval, a struggling Brazilian economy, construction woes, athlete pullouts, strikes by police and transport workers, Rio gangs and crime, petty and dangerous, have all peppered the news over the last few months as the clock ticked down to the 2016 Olympic Games.

For the sake of the world of sport, let's hope the Brazilian organisers get it right in the end.

While the anxiety over the state of the Games will only dissipate when it gets underway, for now, let's picture our Schooling crouching down on his block with Michael Phelps alongside, or our Feng duelling with Japan's young Mima Ito.

Or Ser, unmoved and breathing until that moment she pulls the trigger, or Cheng majestically hanging off the side almost touching the water with only his legs in his boat, challenging the best Laser sailors in the world.

That should be enough to generate excitement here.

The New Paper talks about their chances in our special feature over the next few pages.

Maybe, Schooling will miss out on a medal in a 100m butterfly race that will be loaded with stars.

Maybe, the likes of Japan and South Korea have caught up with our female paddlers and Cheng and Ser will come up short in their respective disciplines because they are still not ready.

If our athletes falter, let's dust off, pick up the pieces and go again.

Because sport is finally serious business in Singapore.

The Olympic Games is almost upon us and it's time for our best to live and breathe a winning mentality, as they head off to play on the grandest stage of them all.

This article was first published on July 16, 2016.
Get The New Paper for more stories.