Singapore punters not in a mood to party 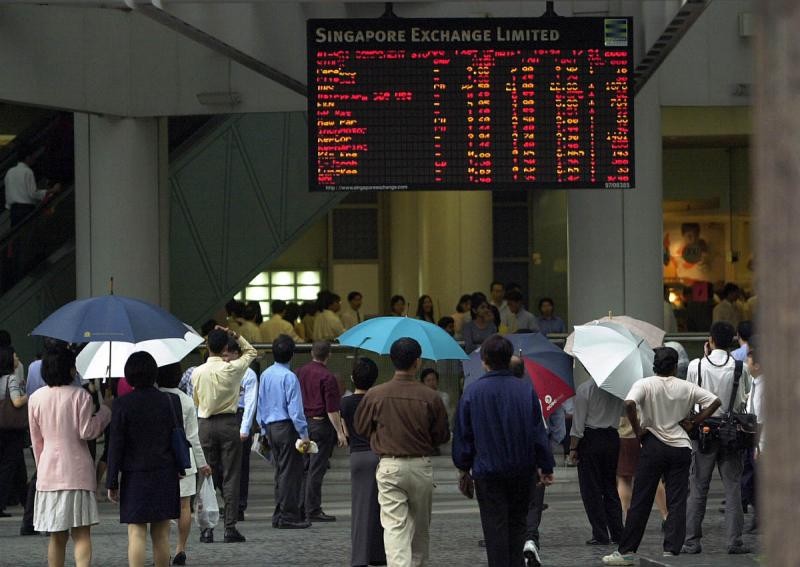 The mood on the local market grew subdued yesterday unlike other leading Asian bourses which notched up further gains, as investors awaited the outcome of a European Central Bank meeting.

The meeting, which ended after Asian markets closed, was ECB's first since the Brexit vote.

It is expected to keep rates unchanged for now despite concerns over the impact of Britain's vote to leave the European Union.

Still, the index is around its highest levels in two months, reflecting the generally improved sentiment.

As the post-Brexit market run continues globally, some remain bearish over the outlook, such as DBS chief investment officer Lim Say Boon, who fears for a global economic and earnings slowdown.

"The global composite purchasing managers' index has been in decline since late last year… Manufacturing is borderline recessionary. World trade volumes have been dipping in and out of contraction since the fourth quarter last year," he said in a note yesterday.

"More importantly, the corporate earnings recession is now well and truly global, with the decline in the emerging markets now spreading to the United States and Europe," he cautioned, adding that US stocks will dip at least 10 per cent as a result in the second half.

The earnings season at home has also been less than impressive.

After largely lukewarm earnings unveiled by its entities earlier this week, Keppel Corp yesterday reported a 48 per cent drop in second-quarter net profit.

CapitaLand Commercial Trust closed flat at $1.56. Ascendas Real Estate Investment Trust was also flat, closing at $2.49, ahead of its announcing a 4 per cent rise in distribution per unit on higher earnings.

Golden Agri-Resources was yesterday's top gainer on the STI, adding one cent or 2.86 per cent to 36 cents.