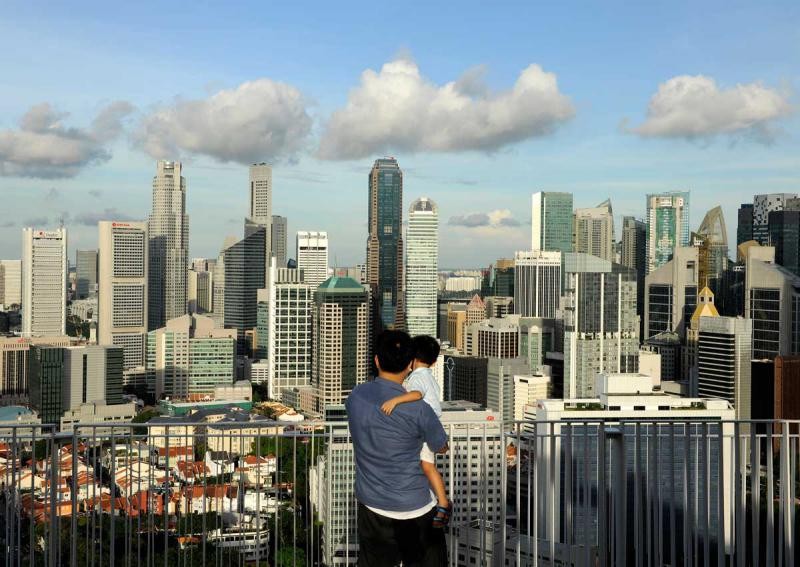 Compared to many other countries, who are also struggling with the global economic headwinds, Singapore has in its favour the resources, the partnership and the attitude to take on the challenges everyone is facing, he said at the NTUC's May Day Dinner celebration.

The NTUC secretary general said Singapore has the resources to give its best ideas the best shot; it has a tripartite team to meet the challenges together; and it has the leadership to tackle challenges head-on.

Mr Chan noted that the government has set aside S$1 billion for SkillsFuture to train workers to be future-ready and another S$4.5 billion to transform and shape up the economy.

There are many help schemes for workers and businesses to tap on - and Mr Chan urged both to work closely to make the best of the schemes.

He said the labour movement, with its 900,000 members and vast network of associates, partners and social enterprises, is expanding its reach to forge stronger ties between workers, industries and the government.

The Singapore National Employers Federation, which boasts over 3,000 member companies, is mobilising support from employers for proactive employment practices. It is also extending its embrace to small and medium enterprises.

When it comes to "partnership" Mr Chan said the tripartite partners are working together upstream to create the jobs of tomorrow, develop the skills needed and make sure workers are fitted in the right jobs. Midstream, they are engaged in "re-training, upskilling and second skilling" - and placing displaced workers.

On "attitude", the NTUC boss said Singapore has leaders who face reality. They don't believe in sugar coating of facts or unrealistic policies - and they never choose the easy way out.

"We have a leadership that care for, fair to and grow with workers," said Mr Chan. They have the right values - they put workers first and don't take privileges as entitlements. And they are good stewards of resources.

This article was first published on April 30, 2016.
Get The Business Times for more stories.