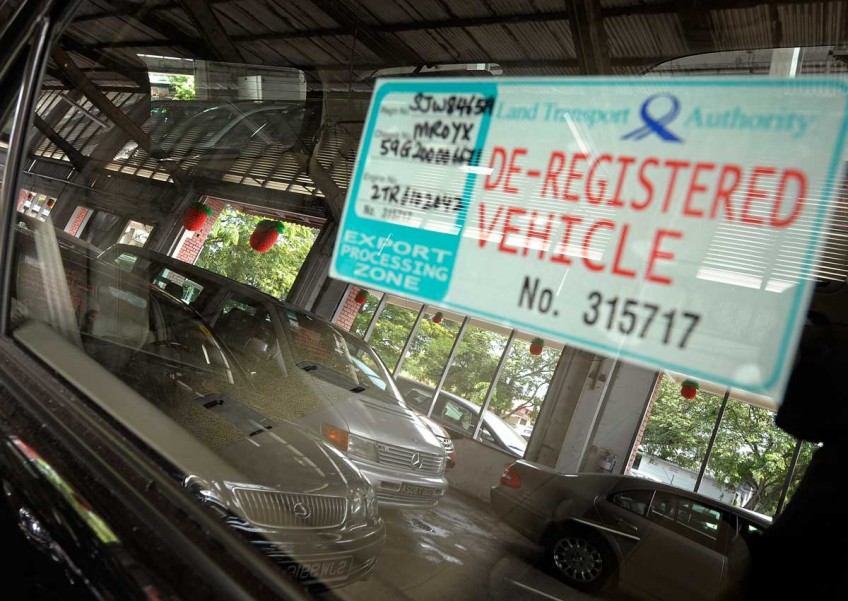 There will be one-10th fewer certificates of entitlement (COEs) from next month, as there have been fewer deregistrations caused by more revalidations, whittling down the supply of COEs.
The Straits Times

THERE will be one-10th fewer certificates of entitlement (COEs) from next month, as there have been fewer deregistrations caused by more revalidations, whittling down the supply of COEs.

The Land Transport Authority announced on Tuesday that the COE quota for the August-to-October period will be 25,843, 10.6 per cent smaller than the May-to-July quota.

All five categories will have fewer COEs available for the next three months.

Cat E, the open category whose premium currently tracks Cat B, has a larger adjustment of minus 16.6 per cent, leaving it with 857 COEs every month.

Alvyn Ang, Cycle & Carriage's director of multi-franchise operations, said: "I am not surprised that the quota is smaller. Deregistrations have been lower because revalidations were high."

Mr Ang, who is in charge of the Mitsubishi, Kia and Citroen brands, was referring to the number of cars scrapped in the preceding three months, and the number of cars which are approaching 10 years in age but whose owners have renewed their COEs by paying the prevailing quota premium (PQP).

He added that while he had anticipated a smaller quota, he was expecting only a 5 per cent shortfall.

So does this mean COE premiums will shoot up?

"It is difficult to say," he replied; in the short term, premiums may "creep upwards" as distributors re-adjust their prices and stock levels. But car prices cannot go up too much or buyers will find them too expensive, he said.

"It all depends on market demand."

Nicholas Wong, general manager of authorised Honda distributor Kah Motor, said he expects premiums to "roller coaster" in the short term: "When prices go up, people will stop buying, causing prices to fall. But when prices fall, people will rush in to buy and therefore push them up again."

He said he had expected the COE quota to "stabilise", not contract, but is confident the quota will expand again soon because the strong private-hire market has merely delayed the scrapping of older cars.

"Don't worry, a lot more deregistrations are coming later this year," he said.

This article was first published on July 13, 2016.
Get The Business Times for more stories.