10 ways the Budget will change Singapore 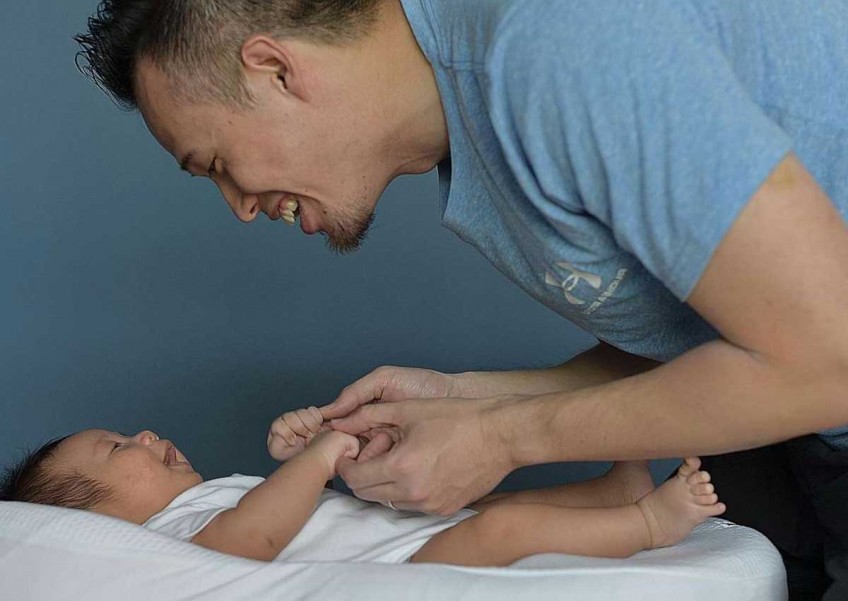 President Tony Tan Keng Yam gave the Budget the green light yesterday, paving the way for the Government to carry out its spending plans for the new financial year.

Dr Tan's assent came a day after the spending plans were approved in Parliament, following nine days of debate when MPs scrutinised the budgets of the Government and individual ministries.

The plans set out how much the Government can spend, and on what.

For the financial year beginning April 1, total government expenditure, including special transfers, will be $79.7 billion.

This year's Budget includes several changes that aim to improve the lives of Singaporeans in years to come.

These range from a long-championed reform of the PSLE grading system to removing early next year the disadvantages children of unwed mothers face.

Other measures, from developing a new town in the west to installing more police cameras in public areas, will physically transform Singapore.

Charissa Yong sums up 10 key changes that will give Singaporeans and Singapore a lift.

1. A leg up earlier in life

Disadvantaged children will receive help earlier to give them the same shot at success as their peers.

First, the KidStart programme will provide about 1,000 children aged up to six years with learning and health support, like basic immunisations.

Second, the Child Development Account First Step grant of $3,000 for parents to use for their kids' healthcare and childcare.

This will benefit lower-income families who cannot afford to deposit $3,000 first into the account before they can enjoy a dollar for dollar matching by the Government.

Third, young children who live in a public rental flat will have a better chance of moving into a permanent home.

Their parents can apply for a grant to buy a two-room flat under the Fresh Start Housing Scheme.

Last, unwed mothers will get the same 16-week maternity leave that is given to married mothers, in a significant move to avoid discriminating against their children.

Working dads will get to spend more time at home with their newborns from next year.

They will get a second week of compulsory paternity leave paid for by the Government.

Now, only one paid week is compulsory. The second week is up to companies.

The perk is for fathers of babies born from Jan 1 next year, to give companies time to plan their staffing schedules.

Fathers will also get to share up to four weeks of their wives' maternity leave, up from the current one week.

It will take effect for those with babies born from July next year.

Combined with one week of childcare leave and one week of unpaid infantcare leave, fathers can get a total of eight weeks off work.

The Primary School Leaving Examination (PSLE) will be graded differently from 2021.

Numerical aggregate scores will be replaced with letter grades, as in the O- and A-level results, to reduce the obsession with academic results.

Marks will also not be based on how pupils do relative to their peers, as they are now, to curb unhealthy competition among them.

"Chasing after that last point in an exam could come at a cost to other aspects of our children's overall development," Acting Minister for Education (Schools) Ng Chee Meng said, when announcing the change.

Admission into secondary schools will also be reviewed.

The Health Ministry unveiled a startling statistic in Parliament: One in three Singaporeans is likely to get diabetes.

In fact, more than 400,000 Singaporeans have this chronic disease today, which costs Singapore more than $1 billion a year.

It prompted Health Minister Gan Kim Yong to announce: "I am declaring war on diabetes."

He said: "We want to help Singaporeans live life free from diabetes and, for those with the disease, to help them control their condition to prevent deterioration."

First, to cut down on new diabetes cases, the Government will promote a healthy lifestyle and reduce obesity rates.

Second, early screening and intervention will be fortified to identify the disease more easily and quickly among those who are at risk, or have gone undiagnosed.

Third, for those with diabetes, the Government will work with patients on ways to reduce or delay complications, and give them a better quality of life.

5. Battle against terror to intensify

More eyes in the sky and more boots on the ground will be deployed to protect Singapore, which is an "attractive target" for militant groups such as the Islamic State in Iraq and Syria (ISIS).

Retrenched Singaporean professionals, managers, executives and technicians (PMETs) will get help to retrain and get new jobs.

PMETs below age 40 and job-hunting for at least six months can benefit from the Career Support Programme.

It will give employers who hire them a subsidy of between 10 per cent and 40 per cent of their wages for one year, subject to caps and conditions.

Those aged 40 and older can get on the scheme immediately.

PMETs are a particularly vulnerable group, forming more than 70 per cent of those laid off last year.

For rank-and-file workers, there are more place-and-train programmes, among other measures.

Small and medium-sized enterprises (SMEs) can receive up to $300,000 in loans to finance their business under the SME Working Capital Loan scheme.

A total of $2 billion worth of loans is estimated to be given to companies in the next three years.

To raise productivity, the Automation Support Package scheme is expected to hand out $400 million to companies to automate in the next three years.

More infrastructure will also be built to meet the specific needs of different sectors.

These range from food to furniture and logistics.

Plans are afoot to transform the more remote part of western Singapore over the next 10 to 20 years.

A lush picture was painted in Parliament of the upcoming HDB town of Tengah. Surrounded by greenery, it is being planned as a "Forest Town".

The 700ha site, which is the size of Bishan, will be integrated with the nearby Jurong Innovation District.

Plans for the district were unveiled by Finance Minister Heng Swee Keat last month when he presented the Budget.

It will group researchers, students, innovators as well as businesses to develop products and services for the future.

A second central business district is also being planned for the nearby Jurong Lake District.

The area will be served by the Jurong Region MRT Line, which will be ready by around 2025.

9. A future with fewer cars

More mobility devices and car-sharing will help prepare Singapore for a future with fewer cars.

Private-hire car services such as Uber and GrabCar will also be regulated as they attract more commuters.

By June next year, their drivers have to obtain a vocational licence, go for medical tests and background screenings, and comply with a demerit point system.

Also, riding a bicycle or electric scooter on footpaths may be made legal by the end of this year.

For instance, less space could be allocated for parking, which will be costlier, to wean people off cars.

Add computer code to the list of languages Singaporeans may be fluent in, in time to come, as the country prepares to be a Smart Nation.

Other steps that the Government is taking include boosting the infrastructure and pool of IT professionals.

Surfing speeds of the free public Wi-Fi service Wireless@SG will more than double to 5Mbps by the end of this year.

Similarly, Wireless@SG hot spots will double to 20,000 by 2018, to help meet people's rising demand to be plugged in while on the go.

These Smart Nation projects are expected to create about 30,000 jobs in software coding, cyber security and data analytics by 2020.

To fill these jobs, the Government will spend $120 million over three years to train more Singaporean IT professionals.