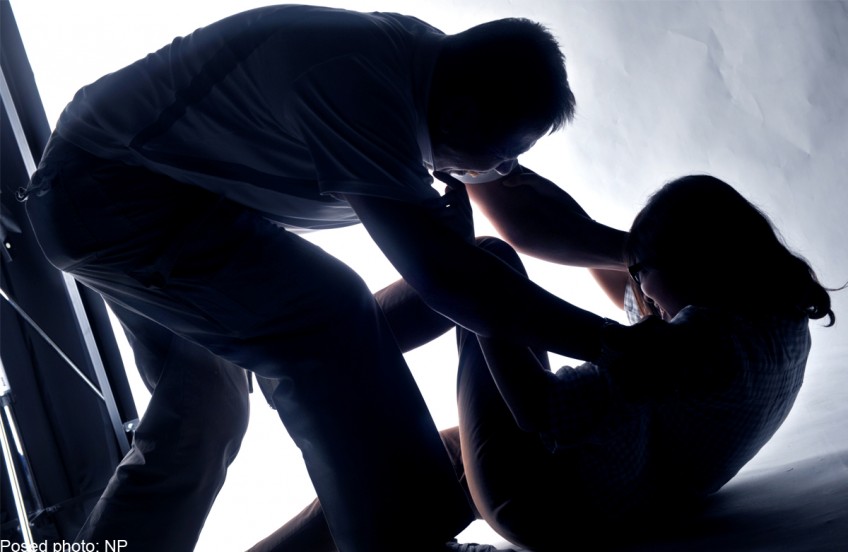 A 59-year-old man who raped his intellectually disabled granddaughter when she was nine was yesterday jailed for 12½ years.

The machine operator pleaded guilty in the High Court to two charges of rape and one charge of committing an indecent act on the girl, who was adopted by his biological daughter.

Another four charges of committing an indecent act were considered during sentencing.

Justice Chan Seng Onn noted that the man had taken advantage of his authority and exploited his young and vulnerable granddaughter, and had threatened her, telling her to keep quiet about the heinous acts.

The man, who is not named to protect the victim's identity, was spared caning as the law states that those over 50 years old cannot be caned.

His 37-year-old daughter, one of his three children, had adopted the victim shortly after birth, the court heard yesterday.

She was living with the victim in Johor Baru in Malaysia. But in November 2012, she returned to Singapore to recuperate from a leg injury she had suffered in a fall.

She took her adopted daughter along and stayed with her parents - the man and his wife. The man's two other children - both sons - and three grandchildren were also living in the Jurong flat.

During the stay, the man often took the victim out. His daughter observed that he was very close to the victim.

In January 2013, the victim told her mother that the man had "behaved in a sexual manner" towards her. The woman then told her family members and called the police.

The man admitted raping the girl on two occasions and carrying out other acts of sexual abuse on her on five occasions.

The first rape took place one afternoon in November 2012 when he was alone with her in his bedroom with the door locked.

In the middle of playing with her toys, she went to use the toilet in the room and came out without putting her underwear and shorts back on.

The man then allowed her to sit on his thigh, removed his own shorts and raped her.

The next month, he asked her to perform oral sex on him but she refused. He then carried out a lewd act on her.

In January 2013, he raped her again after she came out of the toilet naked from the waist down. After the rape, he told her to carry on with her homework.

During the two rapes, the man warned her to keep quiet. He also threatened to beat her if she told anyone.

Deputy Public Prosecutor Lin Yinbing argued that instead of protecting the girl like a grandfather should, the man abused his position of authority by sexually exploiting her.