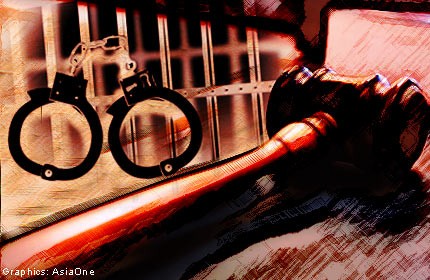 BATU PAHAT, Malaysia - A 13-year-old boy was arrested with his sister and three others when police raided their house which was being used as a drug repackaging lab.

He said several suspects detained were caught processing the substance.

The activity was carried out when the siblings' mother was out at work.

"Their father, who is ill, was also in the house but unaware of the raid," ACP Din said yesterday.

The three adults arrested were a 46-year-old man, believed to be the mastermind of the group and the boyfriend of the boy's 24-year-old sister, the siblings' cousin and her boyfriend, both in their 20s.

ACP Din said the drugs confiscated could be divided into some 100 small packets with a total value of RM20,000 after repackaging.

"We believe the activity began two months ago and the drugs are repacked and resold to customers outside the district," he said, adding that the case was being investigated under Section 39B of Dangerous Drug Act for drug trafficking.

In a separate case, an ex-pharmacy worker was detained in connection with at least three robbery cases in the district.

The 24-year-old man was arrested in Johor Baru recently and police seized 14 items from the suspect including a car, RM2,100, T-shirt and others.

Apparently on Sept 15, the suspect, armed with a knife, stormed into a pharmacy in Yong Peng and tied up two female workers before leaving with RM19,800 cash from a safe in the store.