143 people trained to be Appropriate Adults 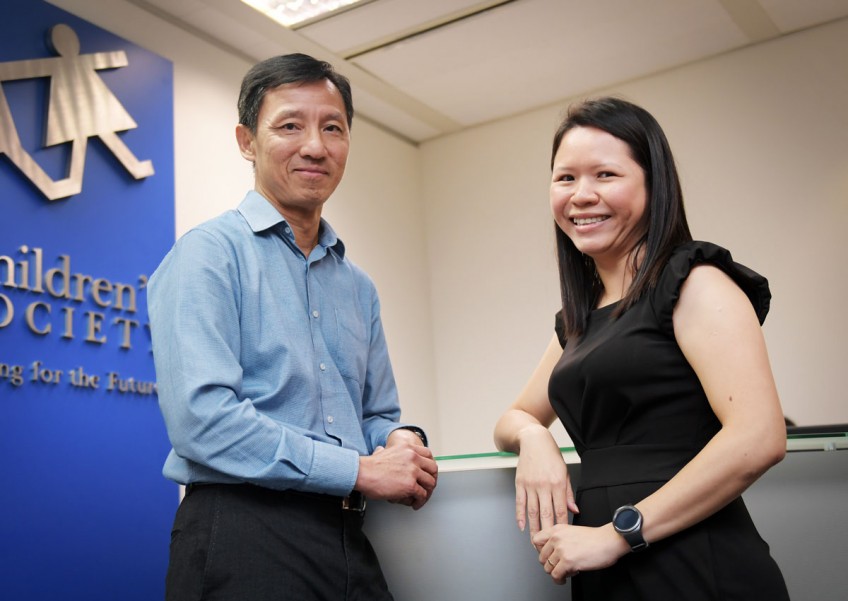 Mr Tan, Singapore Children's Society CEO, and Ms Ann, director of its Student Service Hub (Bukit Merah). She said that among the initial pool of AAs are 16 youth social workers from the society who may be called upon if need be.
The Straits Times

They will sit by a young suspect's side during a police interview, intervene if the teen appears agitated or unable to understand a question, and take notes of the entire process.

From April 17, trained volunteers, or Appropriate Adults (AAs), will only be an SMS away.

Alerts will be sent out to a freshly trained pool of 143 AAs when a suspect below the age of 16 is taken to certain police or Central Narcotics Bureau (CNB) divisions.

Those confident of turning up at the location within 1½ hours respond to the text and are activated.

While their role is to provide emotional support to the young suspect and facilitate communication with officers if needed, there are boundaries to be observed.

AAs are encouraged not to touch a child while providing emotional support, unless the child agrees.

They will not remain in contact with the suspect or family members after the interview either. Volunteers must also declare if they are related to the suspect.

AAs who are lawyers are not to represent the suspects in court later on to prevent conflict of interest.

The volunteers are being recruited as part of an AA scheme set up after an inter-agency review of police investigation processes, following the death of schoolboy Benjamin Lim last year.

The 14-year-old was found dead at the foot of his housing block hours after being questioned by the police over an alleged molest case.

The Singapore Children's Society (SCS), which is running the scheme, was appointed by the National Council of Social Service last month as the service provider of the new AA scheme for two years.

About 300 trained volunteers are needed by next year.

The scheme has first been rolled out at the police's Bedok Division, the Criminal Investigation Department, and CNB's investigation division.

Among the initial pool of AAs are 16 SCS youth social workers, who may be called upon if there are not enough volunteers immediately available, or for "complex cases", said Ms Ann Hui Peng, director of SCS' student service hub in Bukit Merah yesterday.

"Internally, every three months, we are going to review processes and collect data," she said, adding that the quarterly review will likely go on for the first two years.

SCS also plans to get feedback from investigation officers, volunteers and, eventually, the young suspects themselves, to fine-tune procedures, added Ms Ann.

Read also: Help schemes for at-risk youth to be centralised

But beyond operational issues, "the nature of the programme hinges on the volunteers' capabilities", she pointed out.

Apart from regularly engaging trained volunteers in their 12-month tenure, SCS intends to contact those who have handled cases to ensure they are coping well, added Ms Ann.