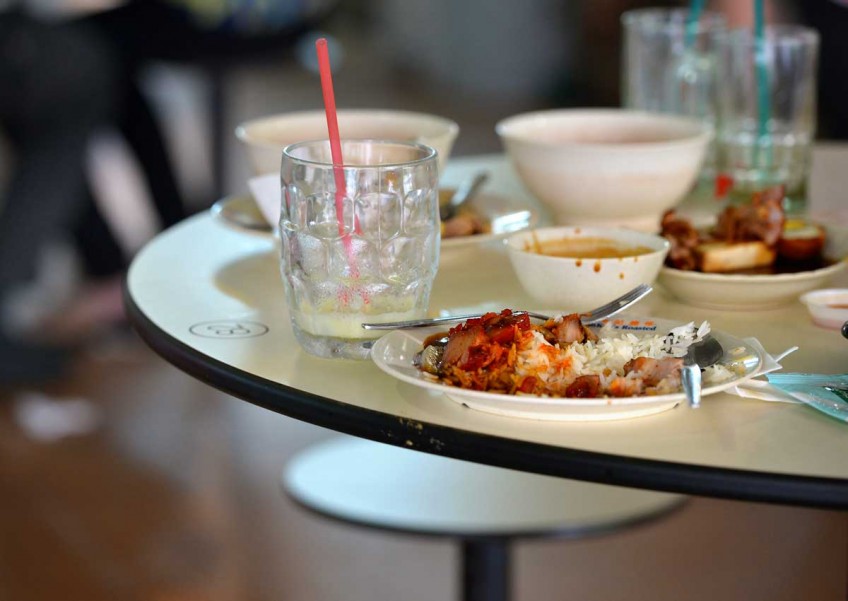 But for the second year running, food waste has dropped slightly, going by figures released by the National Environment Agency (NEA) on its website yesterday.

The increase in total waste generated is "in tandem with Singapore's growing population and affluence", said the NEA.

Ms Nuramirah Suyin Zaihan, an environmental engineer at the Singapore Environment Council, noted that the average amount of waste generated by individuals here each year has increased by almost 200kg from 2000 to 2014.

The authorities have been trying to get people to recycle more, given that space in the landfill in Pulau Semakau is expected to run out between 2035 and 2045.

"At the rate at which we generate waste currently, it would speed up the time for which Pulau Semakau reaches its limit," said Ms Nuramirah.

On the positive side, she said it was encouraging that Singapore threw away slightly less food last year, but added that reducing food waste is an ongoing effort.

Separately, the overall recycling rate rose to 61 per cent last year from 60 per cent the year before, "due to an uptick in the recycling of wood, horticultural waste and metals", said the NEA.

A new facility that recovers metals from incineration bottom ash has also helped, the agency said.

The facility, which started operations in July last year, has helped to increase the amount of metal recycled from 1.48 million to 1.49 million tonnes.

One area for improvement is in food waste recycling, which remains low, at 13 per cent, despite making up 10 per cent of the total waste generated here.

Ms Nuramirah said the recycling of domestic waste materials, such as paper, cardboard and plastics, could be improved.

The recycling rate of paper and cardboard fell by 1 percentage point to 51 per cent, and the rate for plastics fell from 9 per cent to 7 per cent.

"We need to ramp up recycling efforts in these areas, and encourage consumers and businesses to recycle more of their waste," she said.