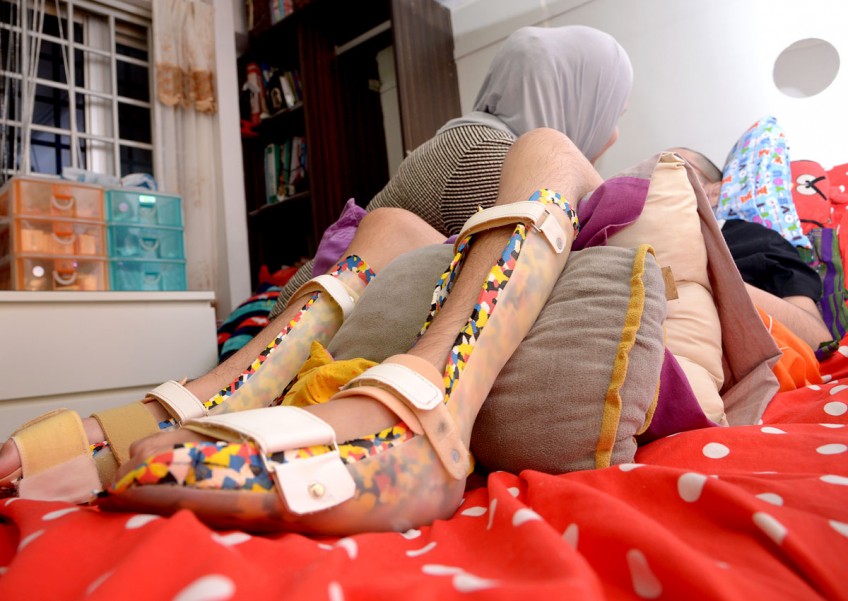 A 13-year-old boy who was left a quadriplegic after being knocked down by a car in 2011 has been awarded $1.64 million by the High Court. This is the biggest reported payout for a young victim of a traffic accident.

But where this latest case breaks new ground is the judge's ruling that the boy was entitled to damages that take into account his life till the retirement age of 62. This is despite a medical forecast that his life expectancy would be shortened to 38 because of the accident.

Justice George Wei, in judgment grounds released yesterday, explained that otherwise the boy would get no compensation for the 24 years taken away by the tragedy. He called these the "lost years".

None of the parties was named in the judgment.

The boy, then nine, suffered severe traumatic brain injury when he was knocked down at a signalised pedestrian crossing in Jurong East Avenue 1 on July 6, 2011. The irreparable brain damage left him bedridden, requiring constant care. His mother quit her job as receptionist in a law firm to look after him full time.

The driver accepted 100 per cent liability in 2013 and a court Assistant Registrar assessed damages payable at $1.252 million last December.

Both parties appealed to the High Court in hearings conducted over three days earlier this year.

Reviewed on appeal were various sums payable for pain and suffering, medical expenses and future daily expenses, among other things.

But a bone of contention was the loss of future earnings for the boy.

Hoh Law Corporation lawyer Michael Han argued that he should be awarded for earnings loss up to the normal retirement age of 62, since he would have worked up till then had the accident not occurred.

But defence lawyer Teo Weng Kie from Tan Kok Quan Partnership objected to claims for the boy's life between 38 and 62 - the "lost years".

Given the victim's young age, it was too difficult to make a factual finding about his future earnings. Any finding will thus be arbitrary and speculative, and this cannot be the basis for awarding damages.

Justice Wei acknowledged this was "a novel issue in the Singapore context". But he made clear that just because it may be difficult to assess, that should not preclude the claim from succeeding.

"Of course, it is impossible to predict with precision the exact life the plaintiff would have led, the exact income he would have earned in the future..." said the judge.

But he ruled such precision was not necessary, highlighting that such certainty is never possible in any assessment of damages involving loss of earnings. He allowed the claim to include the projected 24 years of working life the boy could have enjoyed past the age of 38. The sum was based on a monthly wage of $1,723 - an average of the median monthly wage of eight occupational groups in the 25-29 year age group.

The judge also raised the sum payable for the mother's loss of future earnings in giving up her job, to $274,000 from $235,000. More was also given for future medical expenses and transport expenses.

When The Straits Times visited the family last night, the boy's 39-year-old mother said: " Our lives have been turned upside down by the accident. We have been struggling on my husband's small salary.

"No amount will ever be enough to compensate for my son's suffering and how it has affected us."