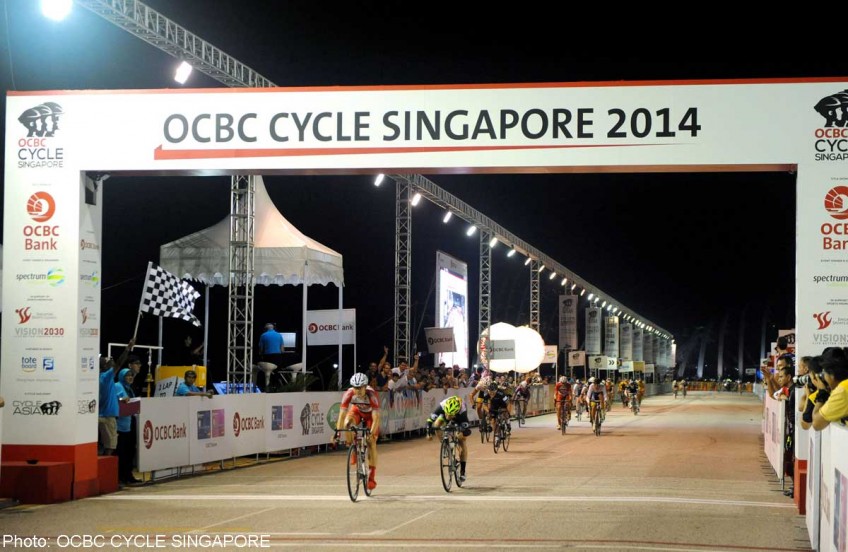 THE packed sporting year for Singapore will get even busier with two mass cycling events next year, including a brand-new OCBC Cycle.

The local bank, which helms the events in Singapore and Malaysia, yesterday called for tenders to organise next year's road-cycling race.

This is a bid to "refresh" the concept of the premier cycling event, explained Koh Ching Ching, OCBC's head of group corporate communications.

The tie-up between OCBC Bank and Spectrum Worldwide, which ran the OCBC Cycle for the last six years, ended earlier this year. Under this partnership, the event grew from 5,400 participants in 2009 to 11,500 this year.

In the new OCBC Cycle, "the safety and experience of participants will be of paramount importance", said Ms Koh.

The race will start and end at the new Singapore Sports Hub, a major venue for next year's SEA Games and where OCBC already has a significant presence as its branding is tagged to several facilities, such as the OCBC Arena.

My Paper understands that interested parties for the OCBC Cycle tender include local events firms such as HiVelocity and Orange Room.

"This is a big and challenging event, and we're definitely interested in it.

We organise large-scale sporting events, so we're confident we have the capacity and capability to run this," Adrian Mok, HiVelocity's managing director, said.

Meanwhile, Spectrum Worldwide is poised to continue running the annual Cycle Singapore next year, from April 10 to 12.

On securing a new title sponsor for the event, chief executive Chris Robb said that the company is in discussions with "a number of global brands".

With two major cycling events in the pipeline, Steven Lim, president of the Safe Cycling Task Force, is optimistic about the future of cycling here.

"Even if both events are similar, I don't think it will be a problem among (cycling enthusiasts)," he said.

He pointed out that having more of such events would help promote cycling and create awareness among the general public.

"These activities will help improve the safety aspect of cycling here, as more people become used to the idea of having cyclists on the roads."

"A carnival-like event would be nice, where families and people from all walks of life can come together to enjoy cycling," he said.