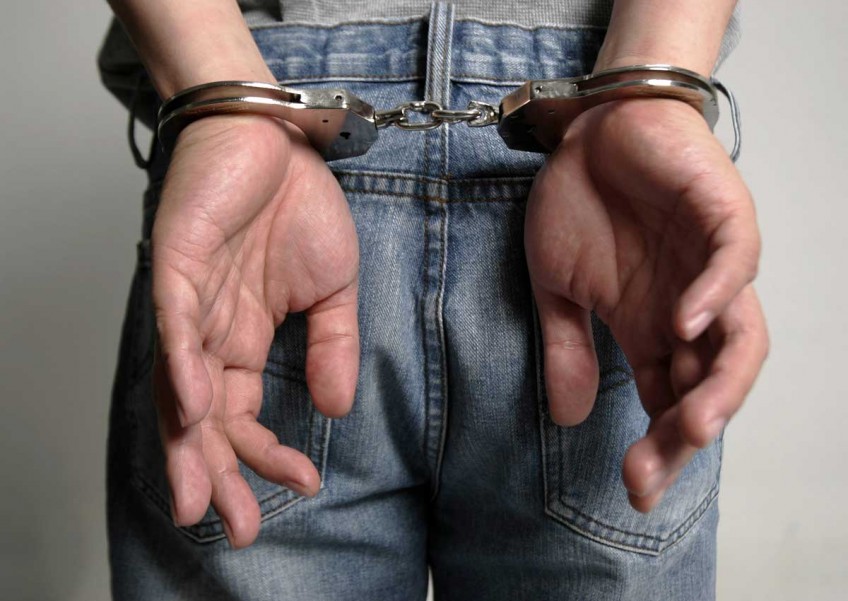 As attempts to cross the border go, it was a load of rubbish.

The men, aged 37 and 39, held the black bags over their heads to conceal themselves, while they swam near the shoreline.

They were spotted by officers at the Woodlands Checkpoint at about 4.40am. After conducting a series of checks, the officers arrested the two men.

Initial investigations showed that the pair had overstayed in Singapore and were trying to leave the country, the Immigration and Checkpoints Authority (ICA) said in a statement.

"The ICA takes a serious view of attempts to overstay, enter or depart Singapore illegally," the authority added.

Under immigration laws, the penalties for overstaying or illegal entry are a jail term of up to six months plus a minimum of three strokes of the cane.

The penalties for illegal departure is a fine of up to $2,000, a jail term of up to six months, or both.

According to earlier figures released by the ICA, there were 849 overstayers arrested in the first half of the year.

This is a 4 per cent increase over the 817 overstayers arrested in the same period last year.

This article was first published on Nov 26, 2015.
Get a copy of The Straits Times or go to straitstimes.com for more stories.