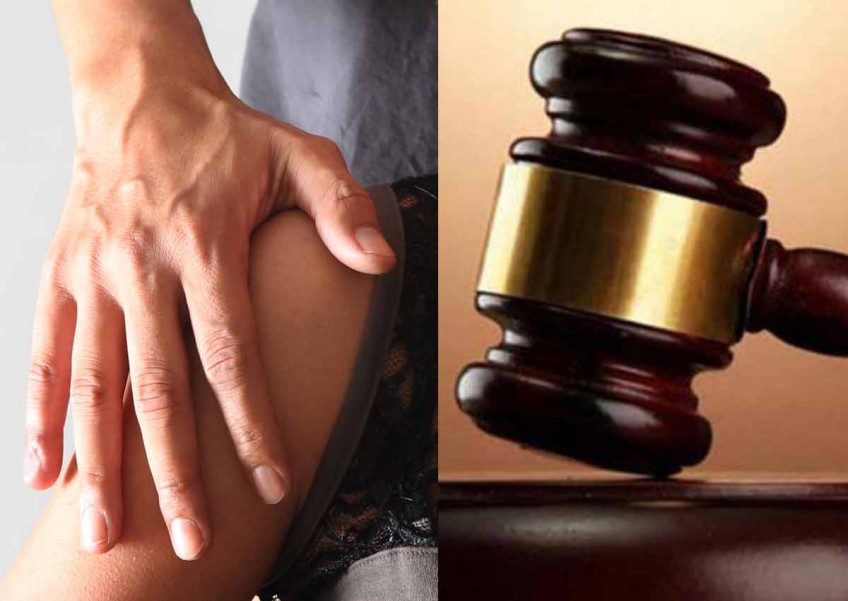 A security guard who sexually assaulted his 12-year-old daughter over a period of around 10 months and threatened to kill his estranged wife was sentenced to jail and caning yesterday.

The 43-year-old, who cannot be named so as not to identify his victim, had pleaded guilty to two charges each of molestation and criminal intimidation. Two other charges were taken into consideration.

He was sentenced to four years and three months in jail and five strokes of the cane.

Deputy Public Prosecutor Kavita Uthrapathy told the court last week that the man would wait until his family was asleep or when there was no one at home before sending text messages to his daughter to go to his room. He would then molest her.

The girl was so frightened and stressed that she finally revealed what he had been doing to her to her grandmother.

The court heard that the man had wrongfully restrained his daughter by hugging her from behind with a strong grip and molested her some time in September 2014.

About two months later, he pushed her onto his bed and slid his hand under her clothes.

The man also threatened to kill his 34-year-old wife on Sept 27, 2014. On June 29 last year, he pointed a knife at her and chased her along the corridor outside their home.

The man and his wife are undergoing divorce proceedings.

In another court yesterday, a 41-year-old lorry driver was sentenced to 26 months and 12 weeks' jail and six strokes of the cane for molesting his two stepdaughters and insulting the modesty of the older girl.

He married their mother in 2007 after their father left them.

He admitted to molesting the older girl, then 15, in 2008 at their home in Yishun Ring Road.

Two years later, he touched the chest of the younger one, then 15. He also admitted sexually assaulting the younger girl in the living room of his sister's flat in Marsiling Drive in 2011.

After the couple's divorce in 2014, the girls made a police report.

Drunkard rapes daughter after threatening her with samurai sword

This article was first published on Jul 01, 2016.
Get a copy of The Straits Times or go to straitstimes.com for more stories.