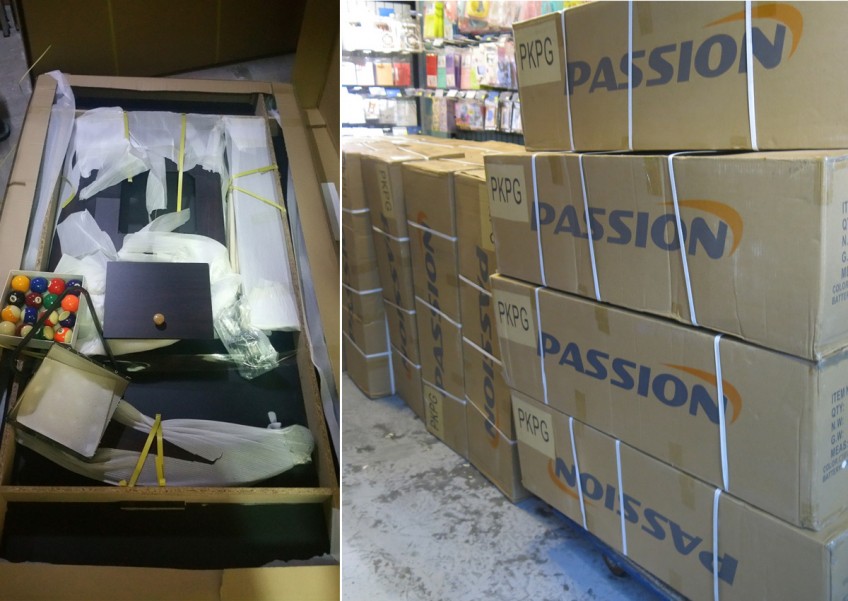 SINGAPORE - Two business owners have been fined for fraudulently evading payment of Goods and Services Tax (GST) for products that were imported into and sold in Singapore, said a statement from the Singapore Customs.

An importer of electric scooters and accessories was sentenced by the State Courts on September 17, 2015. Tan Ting Sin, 29, was fined $96,667.45 for submitting fake invoices with the import declarations to Singapore Customs.

Between August 2014 and April 2015, Tan, the sole proprietor of PassionKites, imported electric scooters and accessories from China on 48 occasions.

He under-declared the import values of the goods, resulting in a shortfall of more than $81,000 in GST payment.

Tan pleaded guilty to 15 charges. Another 33 charges were taken into consideration in the sentencing, according to the statement.

In another similar case of fraudulent evasion of GST, Ku Jin Hao, 28, was sentenced by the State Courts on September 9, 2015 to a fine of $156,000 for under-declaring the values of the pool tables, cameras and camera accessories he imported from Hong Kong, Japan and China on 49 occasions.

Investigations by Singapore Customs revealed that Ku, the director of Twelvebox Enterprise Pte Ltd, had instructed his suppliers to create fake invoices which indicate a lower value of the goods imported.

These fake invoices were subsequently submitted with the import declarations to Singapore Customs. The under-declaration of the import values of the goods resulted in a shortfall of more than $42,500 in GST payment. Ku pleaded guilty to 16 charges. Another 33 charges were taken into consideration in the sentencing.

"Fraudulent evasion of GST is a serious offence under the Customs Act," said Mr Wan Boon Oon, Head of Trade Investigation Branch, Singapore Customs. "Anyone found guilty will be liable to a fine up to 20 times the amount of tax evaded, jailed for up to two years, or both."

"We urge traders who have discovered errors and omissions in their past declarations to Singapore Customs to voluntarily come forward and disclose their mistakes," said Mr Wan.

Traders who wish to make a voluntary disclosure can email Singapore Customs at customs_vdp@customs.gov.sg.

Voluntary disclosures will be taken into consideration when determining any follow-up actions and/or penalties, according to Singapore Customs.