2,000 to participate in mass run blind-folded 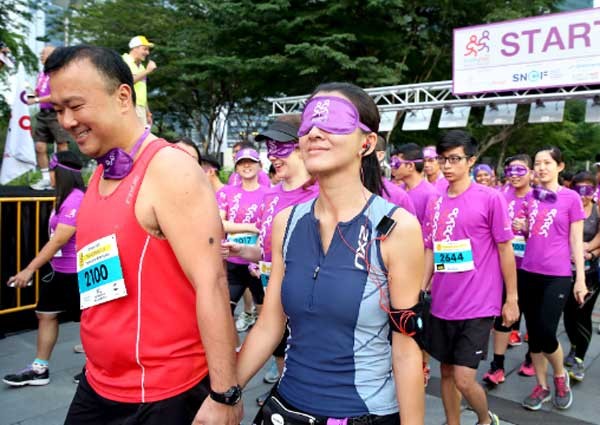 SINGAPORE - Around 2,000 blindfolded participants are expected to run alongside visually, intellectually and physically-challenged runners in a mass 'blind run' held on July 10 .

Called 'Runninghour 2016: Run So Others Can', the two-hour event starts at 7am at East Coast Park Angsana Green, with participants choosing to run either 5km or 10km.

Linked by a tether, participants in the 'blind run' category will run in pairs, with one blind-folded and the other acting as a guide.

This will allow them to experience not just the challenges faced by visually-challenged runners, but also how important and demanding the role of a running guide is, said a statement by the organiser.

Guest-of-Honour Ms Grace Fu will also be attempting the run blind-folded, with a guide from running club Runninghour taking the lead.