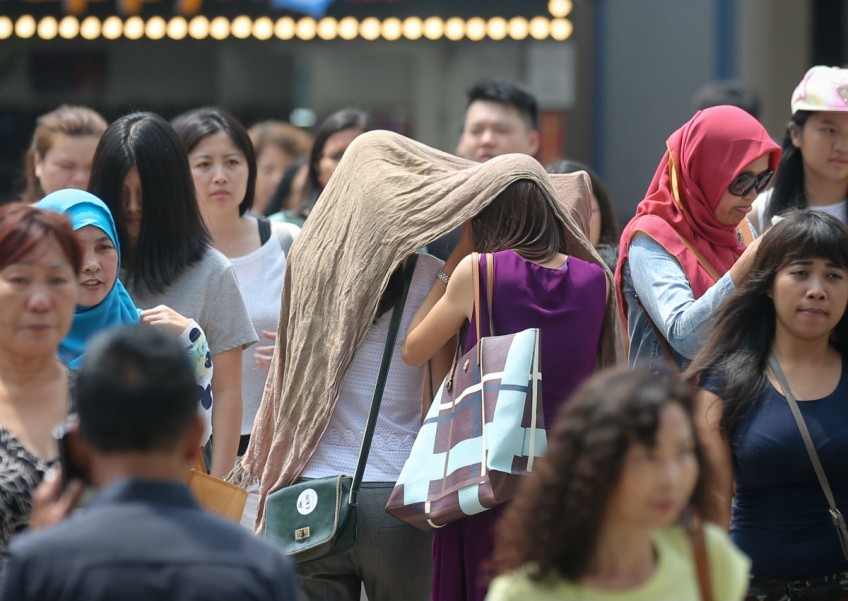 Eight of the 10 hottest years ever recorded in Singapore all occurred this century, with 2016 topping the chart, the Meteorological Services Singapore (MSS) said in a statement yesterday.

This is consistent with ongoing global warming, and the El Nino weather event from 2015 to the first half of 2016, MSS added.

Read also: 2016 was the hottest year ever in S'pore and globally

Meanwhile, rainfall patterns last year were "less remarkable" than the temperature. The only standout was March, the driest March since Singapore started recording rainfall in 1869.

The report also mentioned that last year's low water levels at Johor's Linggiu Reservoir, which supplies around half of Singapore's water demand, could have been a result of the warm and dry conditions in the regions around Singapore. Water levels there hit a historic low of 20 per cent last October. This rose to more than 30 per cent in January.

Experts said 2017 is likely to be cooler than 2016, as El Nino is not likely to play a part this year, but warmer than average.