A 22-year-old Singaporean, believed to be the man who was seen attacking another guy at Golden Mile Complex, was taken back to the crime at around 2pm on Sunday (Oct 15).

A video of the assault, which occurred on Oct 11 at around 3am, triggered many angry comments from netizens after it went viral.

It showed the perpetrator repeatedly kicking and stomping on his victim, who lay on the ground with his face covered.

It was earlier reported that a 25-year-old man was conscious when conveyed to Tan Tock Seng Hospital.

Stomp understands that the dispute is believed to have started over a staring incident. 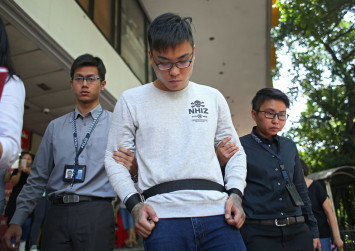