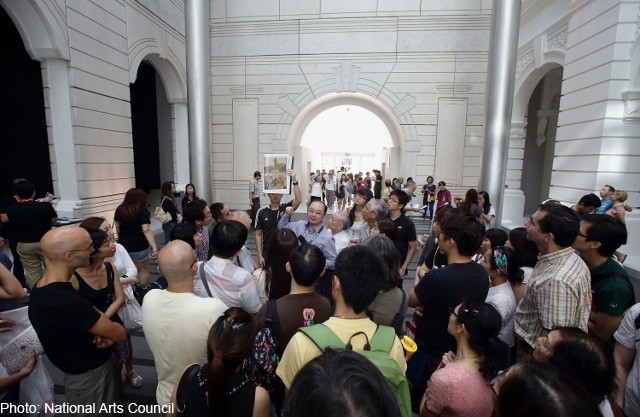 SINGAPORE - The Victoria Theatre and Concert Hall opened its doors to more than 25,000 visitors over the weekend after a four-year refurbishment.

Organised by the National Arts Council with support from venue manager The Esplanade Co Ltd, the open house treated members of the public to free performances by more than 10 home-grown arts groups in the two mid-sized performance spaces.

Madam Teo G.H., a teacher in her 50s who visited the open house with her family, said: "I have watched performances at the Concert Hall in the past, and my youngest daughter has also performed there.

"After the refurbishment, I find it easier to move between both spaces, now that they are seamlessly joined. I also appreciate how the historic elements have been preserved and integrated with the modern aspects of the building."

[[nid:124665]]
SUBSCRIBE TO OUR NEWSLETTER
Your daily good stuff - AsiaOne stories delivered straight to your inbox