4 Singaporean traits you can learn from our money 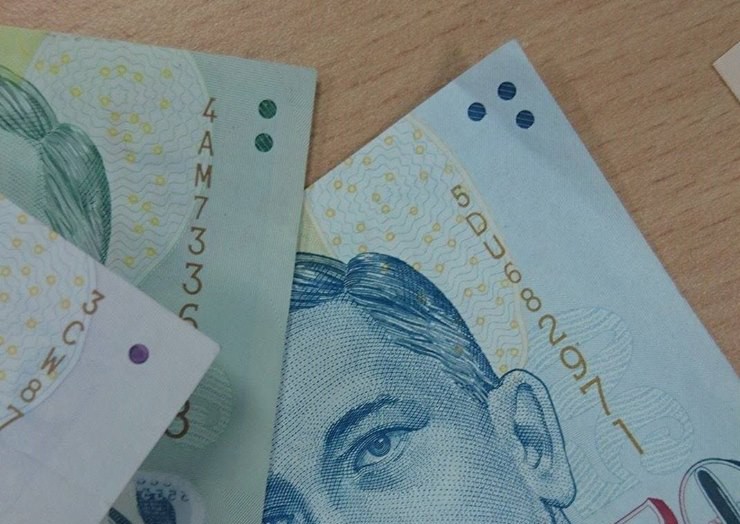 We have come a long way since our first notes with orchids on them started circulating. Four different notes series and three series for coins later, how many of us have taken a close look at our money? You would be surprised that there are Singaporean traits we can learn from our money if we look close enough. Here are four.

Take out a "Portrait" series note from your wallet and feel the top right hand corner.

Have you ever wondered what these dots are for? They are braille codes that help the visually impaired know the value of the notes. A special type of ink is used to print the dots so that they pop up and can be felt.

Even our new coins have a distinct edge pattern to help the visually impaired differentiate between them as well.

Especially when it involves money because there have been cases of counterfeit notes in Singapore!

This is why our notes have so many security features. For the "Portrait" series, there are some that we can see with our naked eye, such as the security thread in the shape of our island...

…and the words "Monetary Authority of Singapore" in micro-letters on top of our note.

There are also features that are invisible under ordinary light. Take a note and view it under an ultra-violet (UV) light. You will be able to see serial numbers and a seal among other things on the polymer (plastic) notes.

Security is also one of the reasons why we started printing plastic notes. Not only can more security features be included in such notes, the plastic used cannot be found commercially and hence would deter counterfeiting.

According to rumours, our dollar coin is supposed to bring us good luck. That is why it isn't shaped as a perfect circle!

Word has it that the "ba gua" (an octagonal Chinese religious motif) shape of our dollar coin is to counter bad "feng shui" caused by the construction of our underground MRT lines in 1983.

Even our notes have a "ba gua" on each of them.

But that isn't the only "auspicious" thing on our money. Take a closer look at the Arabic numbers on notes in the "Portrait" series. You will find auspicious motifs, like longevity peaches, bats and Chinese coins, on them.

All out to do better than we already are that is. Back in the 1970s, the "Bird" series came about because we wanted to show that we were ready to "soar to greater heights" during a time when we were still a young nation and had to always do better to keep our nation competitive.

While the front of the note features birds, the back shows how far Singapore has come since independence. That is why our National Day Parade, Changi Airport and cable cars are featured.

The next time you take out a note or a coin from your wallet, take a closer look at the story it tells of our Singaporean traits.

This article was first published on ConnexionSG.