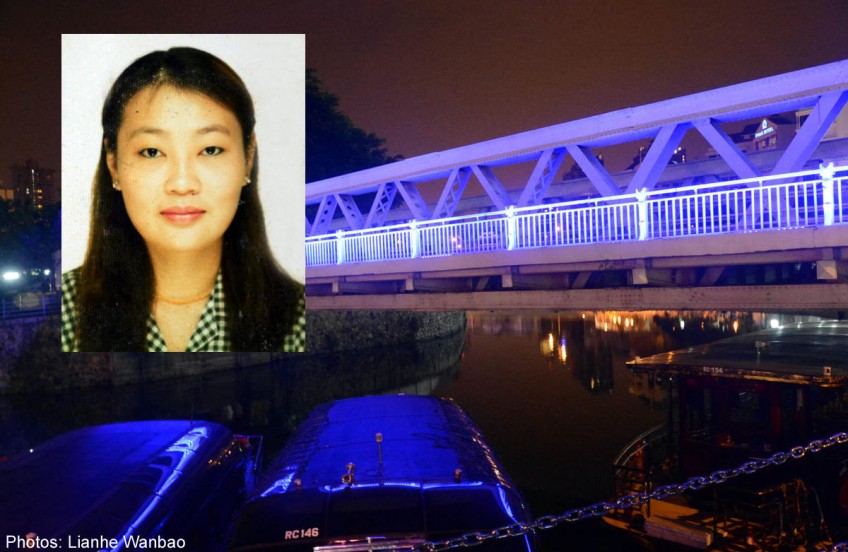 According to Lianhe Wanbao, the incident occurred at 2am outside Liang Court. The victim was secretary Tan Bee Eng.

It is understood that Ms Tan went to a bar on Wednesday night where her 22-year-old son was working.

An eyewitness told the Chinese evening daily that she was drunk and started arguing with her son. She reportedly looked agitated and jumped into the river, said the eyewitness.

A man in his 30s jumped in after her in a bid to rescue her, but failed to do so, reported Lianhe Wanbao.

He was then seen comforting Ms Tan's husband, who arrived shortly after.

The Singapore Civil Defence Force (SCDF) was alerted to the incident at 2am. Ms Tan was pronounced dead at the scene.

Seven of Ms Tan's family members and friends, including her husband and son, were seen at the mortuary on Thursday morning.