$41k fine for illegal import and possession of animals 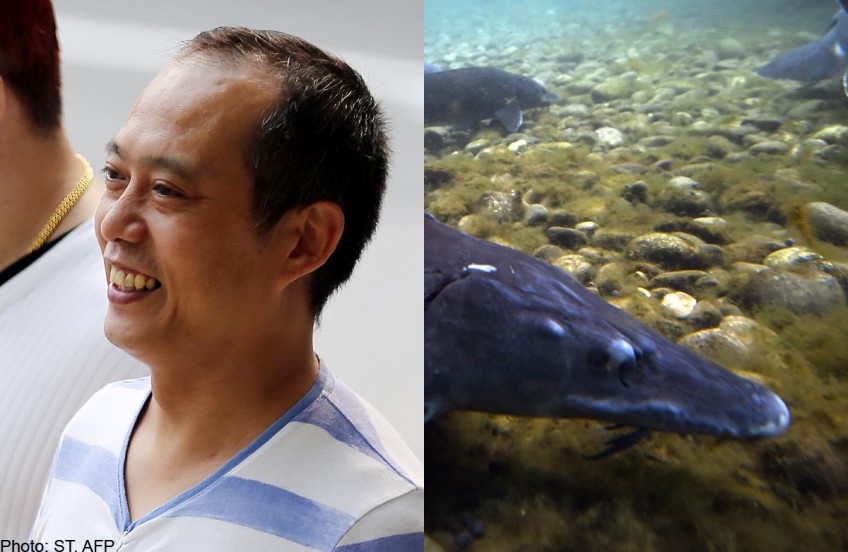 AN AQUARIUM owner was yesterday fined $41,000 for importing seven endangered animals illegally, and keeping another 15 wild animals without the necessary licences.

But because he did not have enough money to pay the full amount, the district court allowed him to pay the bulk of the fine in monthly instalments.

Singaporean Wong Thian Choy, 45, was caught by the Agri-Food and Veterinary Authority of Singapore (AVA) after a member of the public blew the whistle. In April last year, AVA inspected Wong's Wu Hu Aquarium in Seng Poh Road after receiving feedback that illegally imported sturgeons and paddlefish were on sale.

Wong was found to have imported four endangered species - two types of tortoise, a paddlefish and sturgeons, which are famous for producing caviar.

He also kept four African clawed frogs, nine fire-bellied newts and two red-bellied short-necked turtles. These are not endangered, but permits are required for their importation.

Wong had bought some of the animals from a Malaysian man, whom he said had approached him in his shop. He claimed that he had found the two tortoises in Mandai Road while jogging.

Seven charges were brought against Wong under the Endangered Species (Import and Export) Act - which carries a maximum penalty of a $50,000 fine and two years in jail per species; and the Wild Animals and Birds Act - for which he could have been fined $1,000 per animal as well as having the creatures confiscated.

Wong's lawyer, Mr Tan Cheow Hung, said in mitigation that his client was a single parent and first-time offender, who was facing financial difficulties.

The $41,000 penalty would "put further strain on his dire situation", added Mr Tan, urging the court to allow Wong to pay about two-thirds of the fine in monthly instalments of $2,000. If this was not allowed, Wong would be forced to go to jail, Mr Tan said.

During the court proceedings, Wong was quiet and kept his head bowed.

The court allowed the instalment arrangement, and Wong paid $15,000 upfront yesterday, money he said he had scraped together through loans.

If he defaults on the monthly payments, he will have to pay the full balance immediately, or face jail time.

This article was first published on Mar 19, 2015.
Get a copy of The Straits Times or go to straitstimes.com for more stories.