5½ years' jail for Thai woman who stomped lover to death 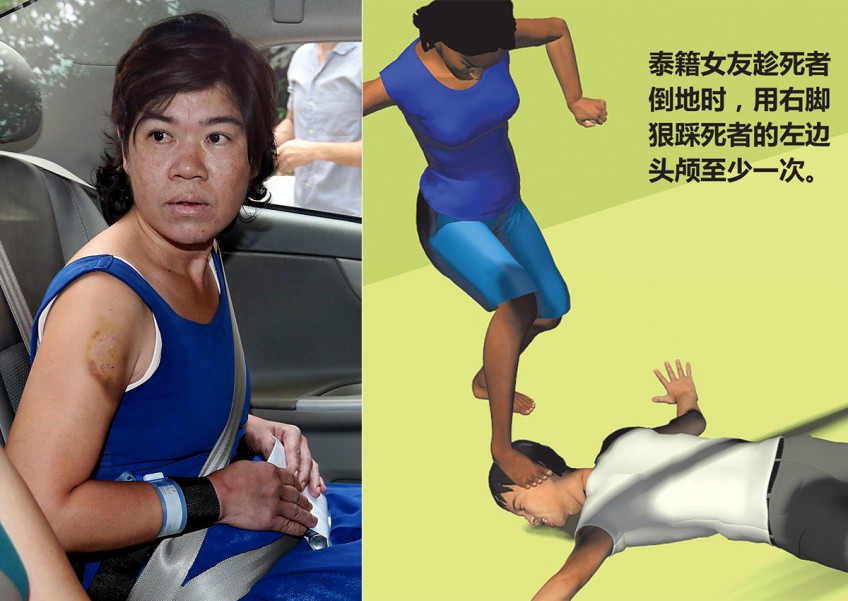 SINGAPORE - A Thai woman has been sentenced to 5½ years' jail for stomping her lover to death in their North Bridge Road flat two years ago, Shin Min Daily News reported.

According to Lianhe Wanbao, the couple had been in a seven-year relationship plagued by frequent arguments which at times got physical.

Their final fight proved deadly during the wee hours of March 1, 2015.

55-year-old Lee Yang Boo, a maintenance worker, was furious when he saw his girlfriend, Sukanya Praphuttha, 43, dancing with a man in a bar earlier that night. He chided her on the spot, Lianhe Wanbao reported.

When things blew over, the pair returned home to their rental unit on the 16th floor of Block 8, North Bridge Road, and started drinking together. Halfway through, Lee accused Praphuttha, who was working as a part-time salesgirl, of trying to seduce another man.

He then fell asleep, but woke up again to scold Praphuttha.

They got into a scuffle and when Lee was kicked down to the floor, Praphuttha stomped on his head, crushing his skull.

An autopsy revealed that this was the blow that killed Lee.

But he did not die immediately - Praphuttha helped him back to bed but noticed he was bleeding from his left ear and was having difficulty breathing.

She went to get help from a neighbour who called the police.

Lee was taken to Tan Tock Seng Hospital where he was pronounced dead two hours later at about 6.45am.

He had sustained 47 bruises all over his body, while his girlfriend also had injuries on her shoulders and arms.

Lianhe Wanbao added that that Praphuttha was 10kg heavier than her boyfriend at the time of the incident.

Her lawyer argued that she was provoked when Lee insulted her parents, and said her client felt remorse for killing the man she loved.