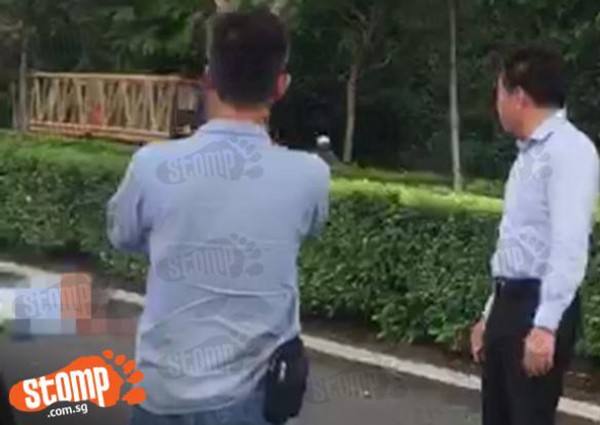 A 57-year-old male motorcyclist died in an accident that occurred at KJE at around 3.50pm today (Mar 16).

A Stomp contributor alerted Stomp to a video circulating on WhatsApp that shows a white Toyota Camry stopped by the side of the road.

Lots of debris can be seen in front of the car.

As the motorist who is filming the incident moves forward, two men can be seen standing next to the debris.

In front of them, a motorcyclist lies motionless with blood flowing out of his head.

Due to the graphic nature of the videe, Stomp will not be featuring the video.

When Stomp contacted the police, a spokesperson informed us that at approximately 3.50pm today, they were alerted to an accident involving a motorcycle at KJE, towards BKE, near Sungei Tengah Exit.

"The 57-year-old male motorcyclist was pronounced dead by paramedics at the scene," said the spokesperson.

The spokesperson added that police investigations are ongoing.

A spokesperson said that SCDF was alerted to the incident at 3.50pm and dispatched an ambulance to KJE, towards BKE, at Brickland Exit.

"A man was pronounced dead at the scene," added the SCDF spokesperson.