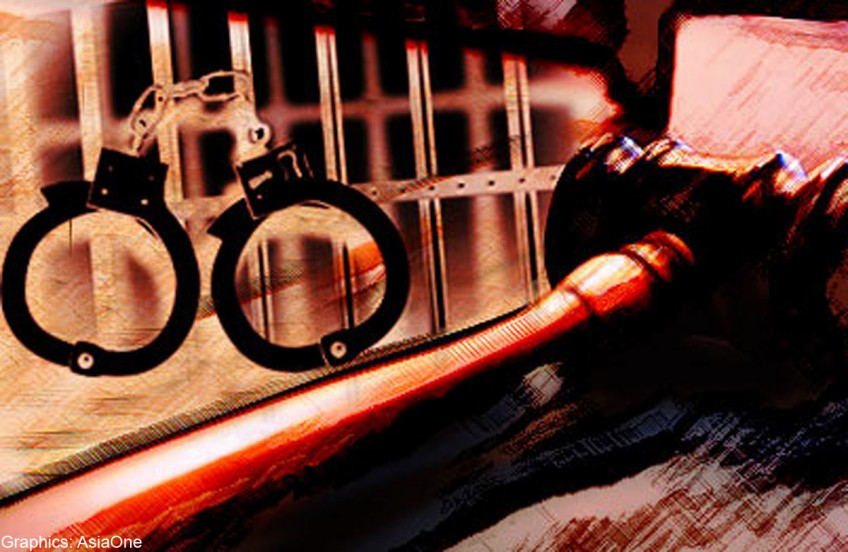 SINGAPORE - While returning home from work one evening, a site engineer noticed a neighbour walking in front of him and found her attractive.

He followed the woman to her block and molested her in the lift.

Yesterday, Wang Xiong, 24, was sentenced to six months in prison after pleading guilty to outraging the 27-year-old's modesty on Jan 27 this year.

One other count of molestation, committed in a similar manner on a 21-year-old woman six days earlier, was taken into consideration.

The court heard that at about 7.45pm on Jan 27, the Chinese national had exited Pioneer MRT station and was walking towards his rented flat along Jurong West Street 65.

He spotted his neighbour, who was heading towards the adjacent block of flats, and tailed her.

When the lift reached her floor and she was about to exit, Wang touched her breast.

She shrugged him off, shouted for help and grappled with him, but he managed to escape and ran down the stairs.

Handing down the punishment yesterday, District Judge Lee Poh Choo said the offence took place in a residential estate, which should be a safe place for people to live in.

Pleading for leniency, lawyer S. S. Dhillon said his client was remorseful and had acted out of character. Wang had ended up following the woman to her block owing to a "momentary memory lapse", he said.

Wang, who is single, had been working with a construction firm for about five months before his arrest and had no previous convictions. He could have been jailed for up to two years, caned and fined for using criminal force to outrage his victim's modesty.