60 senior centres to get improved masks 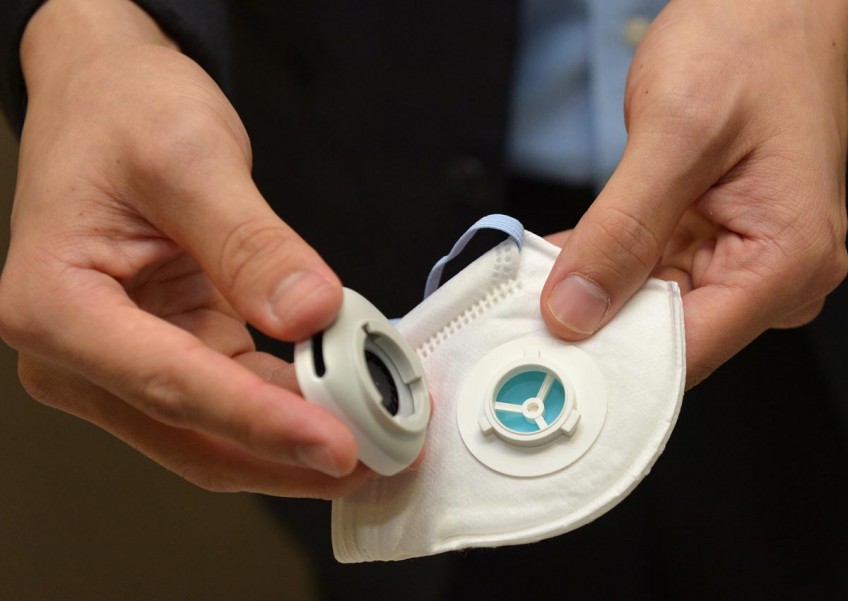 A new range of anti-haze masks will be distributed for free to 60 senior activity centres across Singapore by this weekend, in an effort to provide protection from the haze without causing discomfort.

Makers of the AIR+ Smart Mask claim it has better ventilation and fits better than the standard N95 mask. It comes in three sizes, has an internal valve for air flow and keeps the temperature around 4 deg C lower than the N95.

The mask was invented and developed over a year by a Singapore-based core team of four engineers from ST Engineering subsidiary Innosparks. It was approached in 2013 by Temasek Cares - the non-profit, philanthropic arm of Temasek Holdings - to develop an improved anti-haze mask.

The team found that N95 masks do not fit everyone, which can result in air leaking into the mask, putting the wearer at risk of inhaling pollutants.

The discomfort due to heat trapped within the mask can also deter people from wearing it.

"We wanted to fill the gap," said Mr Gareth Tang, general manager of Innosparks, who led the effort. "We wanted to develop something for the children, the elderly and the front-line workers."

The team carried out 3D facial scans of more than 800 individuals, including students, to come up with the right fit for Asian faces.

A micro-ventilator was also developed to improve air flow and reduce the temperature within the mask when it is attached to the front of it. It also reduces the level of accumulated carbon dioxide from up to 5 per cent in a standard mask to 1.5 per cent. Increased carbon dioxide build-up can cause headaches and shortness of breath.

About 29,000 AIR+ Smart Masks and 6,000 micro-ventilators will be distributed to the 60 senior activity centres. The $300,000 initiative is being led by Temasek Cares and ST Engineering, and was launched by Prime Minister Lee Hsien Loong on Wednesday.

The masks cost $7.20 for a box of three and $29.90 for a rechargeable micro-ventilator. While currently sold exclusively at Watsons pharmacies, they will be made available at all Guardian and Unity outlets from tomorrow until the current haze episode is over.