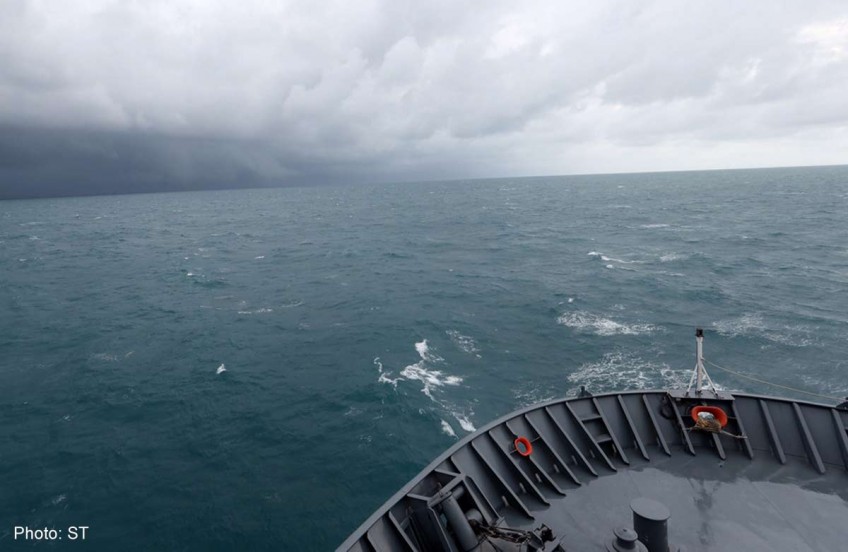 The MV Swift Rescue arrived at the assigned search sector in adverse weather conditions off the South Coast of Borneo on Jan 1.

The Republic of Singapore Navy MV Swift Rescue vessel today arrived at the search area for the AirAsia jet that crashed in the Java sea on Sunday.

This was announced in a government statement released this afternoon.