All public officers must soon declare visits to casinos here 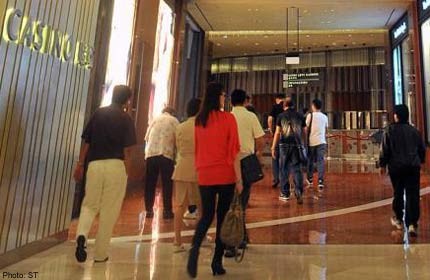 SINGAPORE - All public officers who visit Singapore's two casinos frequently or who buy annual entry passes will soon be required to declare their actions, in a move by the civil service to maintain its integrity and public confidence.

The impending change was disclosed by Deputy Prime Minister Teo Chee Hean in Parliament on Monday, as he sought to assure MPs that standards of integrity in the public sector have not been allowed to fall.

"Although the statistics do not show an uptrend, we are concerned that these cases should not undermine public confidence or convey the impression that standards have slackened over time.

"This is why we are prosecuting the cases vigorously," he said, referring to several recent high- profile criminal cases involving public servants.

Four MPs had raised the issue, with two PAP MPs asking how the Government intended to address public concerns, particularly in the light of the latest case involving a senior anti-graft officer.

An assistant director with the Corrupt Practices Investigation Bureau (CPIB), Edwin Yeo, was charged last month with misappropriating $1.7 million from 2008 to last year, apparently to fund his gambling habit at the Marina Bay Sands casino.

But in the move to tighten the rules, the Public Service Division will "strike a balance between strengthening safeguards and imposing too many checks and rules on the system and public officers", said DPM Teo, who is the minister-in-charge of the civil service.

He did not say when the new rules will take effect.

Currently, officers whose work involves the casinos are barred from visiting them other than on official duties. They include officers of the Casino Regulatory Authority and police officers working on casino-related matters.

In addition, officers who do general law enforcement work have to declare their casino visits within seven days. Those who must do this include officers with the police, the Central Narcotics Bureau and CPIB.

Some other agencies, including the Trade and Industry Ministry, also require their officers working on casino-related issues to declare their visits to these places.

Public servants, he said, had made 81 reports of suspected misconduct since an internal disclosure framework was introduced in February 2011.

Of these, 70 cases led to further investigations, and 35 resulted in disciplinary action.

There are systems in place to ensure integrity is maintained - from the security vetting of law enforcement officers to the multiple avenues for whistle-blowing - and these systems are reviewed regularly, he said.

The code of conduct on how public officers deal with suppliers and vendors, for example, was updated recently.

But he added: "There will still be people who try to circumvent (the tight processes and systems). They may succeed for some time, but sooner or later, they will be caught. This is because Singaporeans, including our own public officers, reject corruption."