Another Mercedes driver is caught going against traffic, this time in Yio Chu Kang 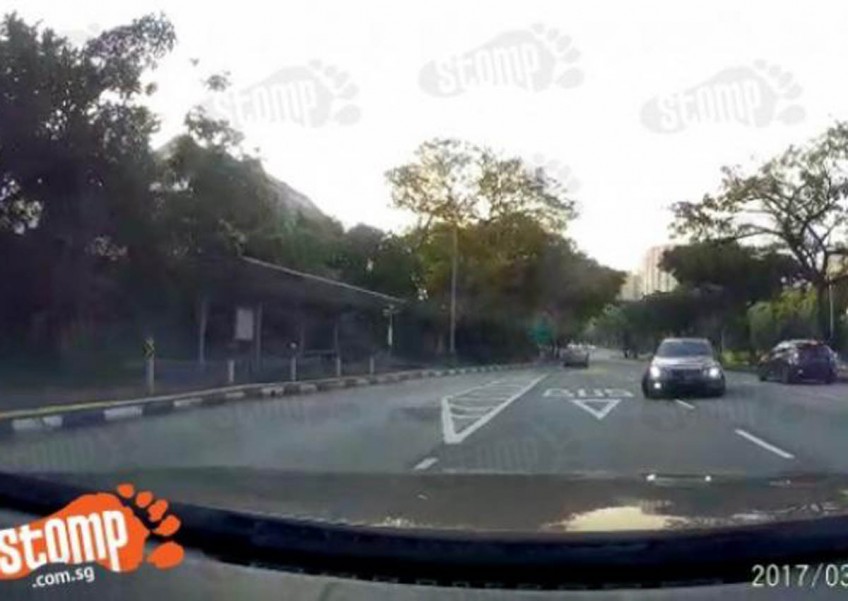 Stomp contributor Clarence almost had a head-on collision with a Mercedes-Benz driver who had gone against traffic along Yio Chu Kang Road yesterday (March 12) at around 6.30pm.

When he saw the car coming towards him, Clarence sounded his horn and came to a stop to warn the driver as well as the drivers behind him of the imminent danger.

"I have no idea how the driver could have gone in the wrong direction but my friends and I suspect she had been driving against traffic for at least 350 metres, according to Google maps," said Clarence.

"It was a risk for me to stop my car along the road but who knows what could have happened if I did not stop and sound my horn at the driver?"

After Clarence's warning honks, the Mercedes driver made a three-point turn to travel in the right direction.

Clarence has reported this case of dangerous driving to the traffic police.

This is the latest incident in a series of drivers going against traffic, the most devastating of which was the AYE accident that left one dead last December.