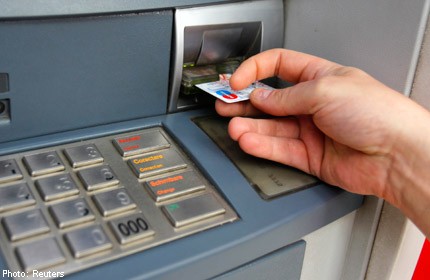 Fifteen minutes into their escape in a car, police caught one of the gang members.

SAC Mohd Zakaria said another accomplice and a fellow countryman managed to escape into a nearby oil palm plantation.

"Our personnel were conducting Ops Cantas near the toll plaza when they spotted two men behaving suspiciously in a car.

"One of them suddenly dashed out and fled while police quickly moved in to detain the driver," he said at a press conference here yesterday.

He said earlier at 4.15am yesterday, police were alerted of a theft at an ATM by members of the public.

"All our personnel on patrolling duties near the crime scene was on alert for the suspects," he said.

"Shortly after that, we spotted a car and the suspects trying to escape into the highway."

SAC Mohd Zakaria said checks showed that the suspect entered the country legally in August, purportedly for a vacation.

He said police believed several cases of ATM thefts using blowtorch and welding tools in the Klang Valley could be solved with the arrest.