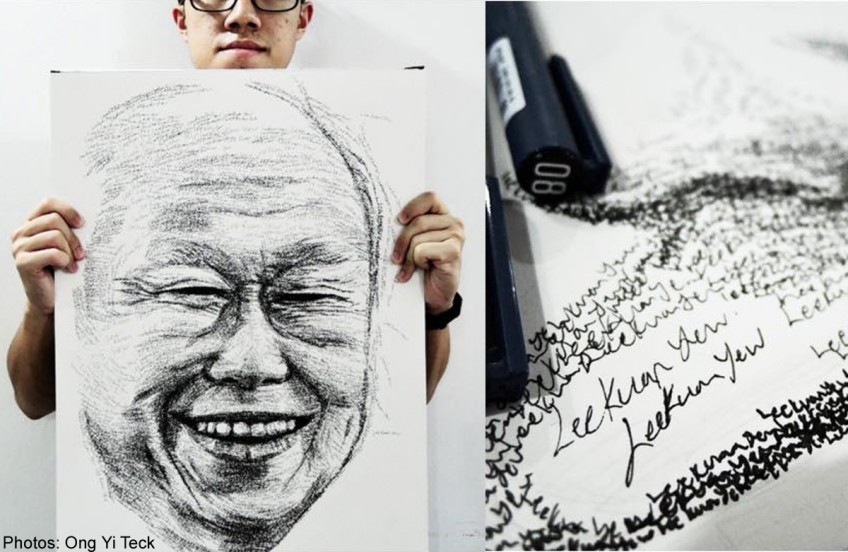 A photo of Mr Ong holding his drawing was posted on Instagram on Saturday.

Using only drawing pens with no correction fluid or tape, Mr Ong said he took over "15 hours or so of torturous handwriting session".

He also posted details on the painstaking process: "(There is) No shortcut in art and clearly none in building a nation. It takes a great deal of dedication and perserverence."

Mr Ong said that his piece of work is meant as a tribute to "the great man himself".

Thousands of well-wishers have left get-well messages, cards, flowers and gifts for Mr Lee at SGH and also at Tanjong Pagar Community Centre.

"As much as I would love to see Mr Lee recover and celebrate the nation's 50th birthday, we ought to prepare ourselves for the worst," wrote Mr Ong on his Instagram post.

He also hoped that his work will become viral so that "the man himself gets to see it".