A pair of senior Southeast Asian officials on Tuesday dismissed rising talk that the region could soon be trapped into taking sides amid growing US-China rivalry , saying instead that the 10-member Asean bloc had significant leverage that it could use to advance its interests independently.

Speaking in a live-streamed panel discussion, Singapore ’s Tharman Shanmugaratnam and Indonesia ’s Luhut Pandjaitan struck the same note when asked if pressure was rising for the region to align itself with either superpower.

Luhut, the coordinating minister for maritime affairs and investment, said Indonesia, with its population of 273 million – of which around 50 to 55 million are part of the middle class – had a large enough domestic market without the United States and China .

“We are not a small country. Why should we take a side? We have a big market,” Luhut said in the forum organised by Standard Chartered Bank.

Tharman, Singapore’s coordinating minister for social policies, said the Association of Southeast Asian Nations’ value to the US and China should not be overlooked.

“We think in terms of the US-China tensions as one which is a bit of a trap for many other countries,” Tharman said.

“But what we mustn’t overlook is that Asean is not without its own leverage … as an economic bloc, as a strategic bloc, and as a region that both the US and China would like to get along well with.”

Singapore’s former economic tsar cited the example of neighbouring Indonesia, describing it as “not a pushover” given its large economy, prosperity and opportunities afforded to citizens.

“Asean is not a pushover either,” Tharman said. “We will make decisions in each of our national interests. We want good relations with the Chinese and with the Americans.”

Tharman said there may be some opportunities for the region as businesses begin rolling out their so-called China Plus One strategies to manage geopolitical risks by locating facilities in other Asian countries apart from China.

On the possibility that a victory for Democratic nominee Joe Biden in November’s US presidential elections could ease pressure on Asean, Luhut said he preferred not to speculate while President Donald Trump was in charge.

“Today the president of the United States is Trump, we respect Trump. Whatever result in November, we [respect the] result,” said Luhut, a top confidante of Indonesian President Joko Widodo .

Tharman said he expected US-China tensions to remain no matter who wins, given how the factors leading to the strained bilateral relationship predated Trump’s administration.

With longstanding domestic divides in the US driving China policy, the cause of tensions will likely post-date the current administration, he said.

“Domestic divides express themselves politically very often in terms of hostility towards others, towards the rest of the world. China is of course a convenient foe,” he said. “I think the prospect of an early resolution of the current tensions is not very high.

“Both the US and China will have to make adjustments and both of them will also have to do so in ways that are not just about bilateral give-and-take, but about strengthening the multilateral system because it’s in both their interests.” 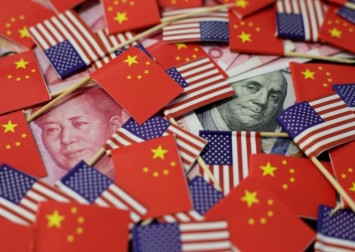 The remarks by the officials on Tuesday come amid increased international interest – and commentary – over Asean’s ties with Washington and Beijing.

Particular attention is being paid to the region’s stance on the South China Sea dispute which involves several Asean member states and China. Washington toughened its position on the row in July, signalling that the issue was emerging as a key proxy in the superpower struggle.

In a commentary last week, the respected Singaporean ex-diplomat Bilahari Kausikan said external observers failed to understand the sophistication of the region’s policy towards the US and China.

“Too many discussions of China’s relations with Southeast Asia – including by some Southeast Asians who ought to know better – seem to assume that our region is inhabited by morons incapable of counting beyond two and that the choices facing us are only binary,” he wrote in The Straits Times. “This is a fundamental misreading of Southeast Asia. Only the simple-minded or the partisan assume that one must necessarily ‘win’ and the other ‘lose’, as if the complex international relations of the region could be reduced to a two-horse race.”